How Lee, Liefeld, McFarlane, and more pointed this artist to paint wrestlers for a living!

One of the most talented performers currently shining in WWE doesn’t drop elbows off the top rope or smash opponents with a steel chair. As the sports entertainment giant’s “Artist in Residence,” accomplished artist Rob Schamberger produces sensational stylings featuring the superstars of the ring that can be purchased by admirers in the form of everything from prints to t-shirts.

“WWE's never had an Artist in Residence before, so the biggest challenge has been building an audience for the work,” he contends. “There were enough early adopters to make it successful, and then the real work started on growing the number of people who appreciate what I'm doing. The fun? Dude, I paint wrestlers for a living and I do it with WWE.”

However, before he kicked off the longest-running show on WWE’s YouTube channel—“It’s kind of like the Bob Ross of wrestling, but with a lot less hair”—and had his work show up on video games and action figures, the young Schamberger discovered a path to creativity that ran through a certain House of Ideas. “I was eight when my stepbrother got me my very first comic book, INCREDIBLE HULK (1962) #348.” he recalls. "We spent the weekend redrawing all of our favorite panels and he said, ‘You know, people get paid to make these,’ and I knew right then and there that I wanted to be an artist.

“After that first taste, I was all in. The next time we went to the grocery store I beelined right to the spinner rack and bought CLASSIC X-MEN (1986) #30 with my allowance solely based on that rad Steve Lightle cover. Later I found out Steve is a fellow Kansas Citian which made the whole dream seem even more obtainable. Soon after that Rob Liefeld took over NEW MUTANTS, along with Jim Lee on UNCANNY X-MEN and Todd McFarlane on AMAZING SPIDER-MAN and I couldn't get enough. Every piece of paper, every pencil went to me redrawing and studying every little thing those guys were doing.

“And I'd be remiss if I didn't mention John Buscema's How to Draw Comics the Marvel Way. That book sat next to me for years—until I lost it in a poker game, but that's a story for another time—and is one of the single best books on how to develop the basic skills to be an artist. True story: When I was 13 I took a youth arts program at the Nelson Atkins Museum and they used it as a textbook!”

At age 12, Rob conceived and created an ambitious initial effort as a comic book artist in Alpha X, his own imagining of a future “mega team” featuring members of both the X-Men and Alpha Flight. Throughout junior high and high school, he continued to produce sequential work and would sell self-published work as a 17-year-old “literally out of the back of my trunk MC Hammer-style around Kansas City.” 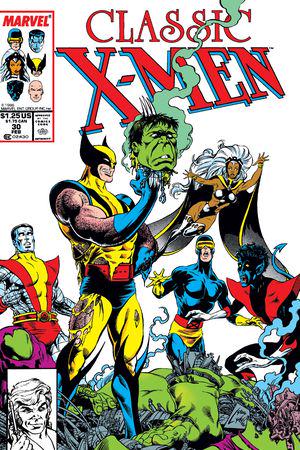 After a brief dalliance with writing, Rob returned to focusing on drawing by his mid-20s, putting out a graphic novel a year in the early days of webcomics. “Around 2012 I moved away from making comics and focused on fine art, but even then I wasn't making enough to do it full time. I realized I needed to find a subject matter to help me stand out and came across the old marketing maxim that you need at least one of three things to stand out: To be the first, to be the best, or to be completely different. And then it hit me that no one was doing dedicated fine art about pro wrestling. I figured, hey, I love art, I love wrestling, there's a lot of visual cues shared between Super Hero art and pro wrestling, this is a natural fit.

“So in the early days of Kickstarter I did a project that made enough money for me to transition to full-time work as an artist and it's been crazy since then. Within a year of that project WWE brought me under their umbrella and I've been working with them for seven years now.”

The work with WWE would ultimately allow Schamberger to fulfill a dream of painting live on stage during San Diego Comic-Con that became even more surreal when he met an admirer who happened to be a childhood hero: comics legend Rob Liefeld. “I was up on a stage painting and I look down and there [he is] watching me,” he details. “I jumped down, told him about how much his NEW MUTANTS and X-FORCE work impacted me as a kid and how it eventually led me to where I'm at now, and I got to thank him personally during such a big moment in my life. That was super cool.” 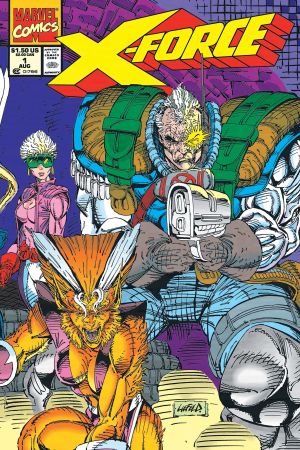 In thinking back on his formative Marvel fandom, Rob credits writer Chris Claremont’s lengthy run on UNCANNY X-MEN and in particular the issues drawn by John Romita Jr. for sparking inspiration. Additionally, he cites Tom DeFalco and Ron Frenz’s work with Eric Masterson on THOR as well as the Danny Ketch incarnation of GHOST RIDER plus classic collaborations such as Peter David and Dale Keown on INCREDIBLE HULK and seminal AMAZING SPIDER-MAN work by the likes of Erik Larsen, David Michelinie and Mark Bagley. He also vividly recalls a dealer who sold him the entire Frank Miller DAREDEVIL for a paltry sum with the words, “You look like a kid who needs to read these. Pay it forward someday.”

When asked about the top Marvel comics he discovered as an adult, Schamberger names Ed Brubaker’s CAPTAIN AMERICA with Steve Epting, Michael Lark, et al for “[doing] a tone of wild out-there things but kept it true to the character and helped refine him for a modern generation—although I’m still salty they whacked Nomad.” Other standouts include PUNISHER by Garth Ennis and Goran Parlov plus Jack Kirby’s ETERNALS.

“It's my favorite of his work, outside of that 2001: A Space Odyssey adaptation he did that made that movie finally make sense to me,” he praises of the King’s mighty mythology. “ETERNALS is pure Jack. He was really going there with it and doing a sweeping tale about all of humanity with a never-before-seen scope in American comics. I know, I know, I'm going to get roasted online for that, but the human viewpoint Jack brought to ETERNALS made the whole thing seem even bigger, giving the reader a viewpoint character to experience all of this alongside. And that battle between Ikaris and the robot Hulk? The only thing I've seen on that scale outside of Katsuhiro Otomo's Akira was Greg Pak and John Romita Jr.’s fight between Hulk and Sentry in WORLD WAR HULK.” 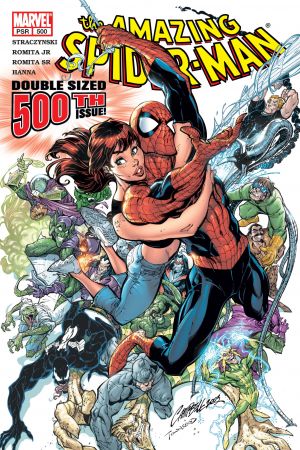 Schamberger picked up many Marvel influences during his own journey, starting with Lee, Liefeld and McFarlane, but also encompassing Mike Mignola, Sam Kieth, Bill Sienkiewicz, Jim Mahfood, Alex Maleev, David Mack and Mike Oeming. “But I definitely keep coming back to Jack Kirby and John Buscema. Big John was an artists' artist, making so much look so simple when it's really not simple. The balance of his figures, the weight to them, how they're positioned in motion, the environments they exist in, Buscema was constantly showing off what it would look like if a Renaissance artist was making comics. Especially that CONAN THE BARBARIAN work!

“Jack's boundless imagination, creating things no one has ever seen before and unlocking the minds of so many people for so many generations—I argue that he's America's greatest artist. When you look at the body of work and the influence it's had, you can't dispute his importance to our overall culture. I hope that the art world is finally coming around to viewing him that way, because there's a lot to mine there.”

Revisit all of these classic comics on Marvel Unlimited today!