He's seeking revenge against his enemies!

Doctor Doom’s mission? To serve revenge on those he holds responsible for his misfortune.

You can grab him in Marvel Contest of Champions now!

Ignoring advice from his fellow classmate Reed Richards, one of Victor Von Doom’s inventions exploded, severely damaging his face and leaving him expelled from school. Taking this time to travel the world, he connected with a group of Monks who helped him master their discipline. After forging himself a suit of armor, Victor took on the mantle Doctor Doom, his mission to serve revenge on those he holds responsible for his accident.

Doctor Doom uses a combination of technology and sorcery to constantly push the battle in his favor, and his abilities focus on controlling the fight and Nullifying Buffs, while his technology abilities focus on raw damage and Debuffs. Combining both together allows Doom to decimate his opponent with little risk of repercussions. 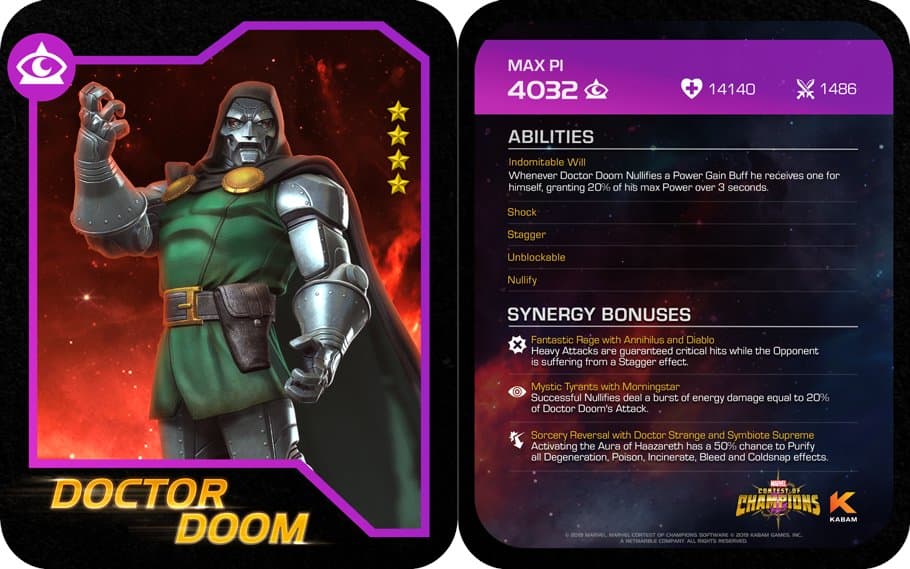 His kit includes three special attacks, along with a signature ability. Doctor Doom unleashes the Invocation of Sorcery, blasting his opponent with a mystical beam, burning their energy and absorbing it for himself. The Aura of Haazareth is activated for 6 seconds, this will not trigger if the Aura was already active. The first hit of this Attack steals 10% of each Full Power Bar the Opponent has and Doom gains 200% of the Power stolen, capping at a maximum of 2 Bars of Power.

Doom then supercharges his armor capacitors, unleashing a destructive blast onto his opponent with Cosmic Energy Absorption. Each beam hit has a 100% chance to inflict an Incinerate Debuff, each dealing 2080.4 direct energy damage over 5 seconds.

Lastly, he can teleport his opponents to Castle Doom with Hassenstadt Tour, a 100% chance to inflict a Passive Stun for 2 seconds. The Aura of Haazareth is activated for 12 seconds and Doom gains a Fury Buff granting 1931.8 Attack Rating for the duration of the Aura, max stacks 2. This will always refresh at maximum duration whether or not the Aura was already active.

As for Doom’s signature ability, Indomitable Will, whenever Doom Nullifies a Power Gain Buff he receives one for himself, granting 20% of his max Power over 3 seconds. if the Opponent isn’t already Shocked whenever Doom Nullifies any Buff, they have an 80.39% chance to be inflicted with a Shock Debuff, dealing 445.8 direct energy damage over 6 seconds. 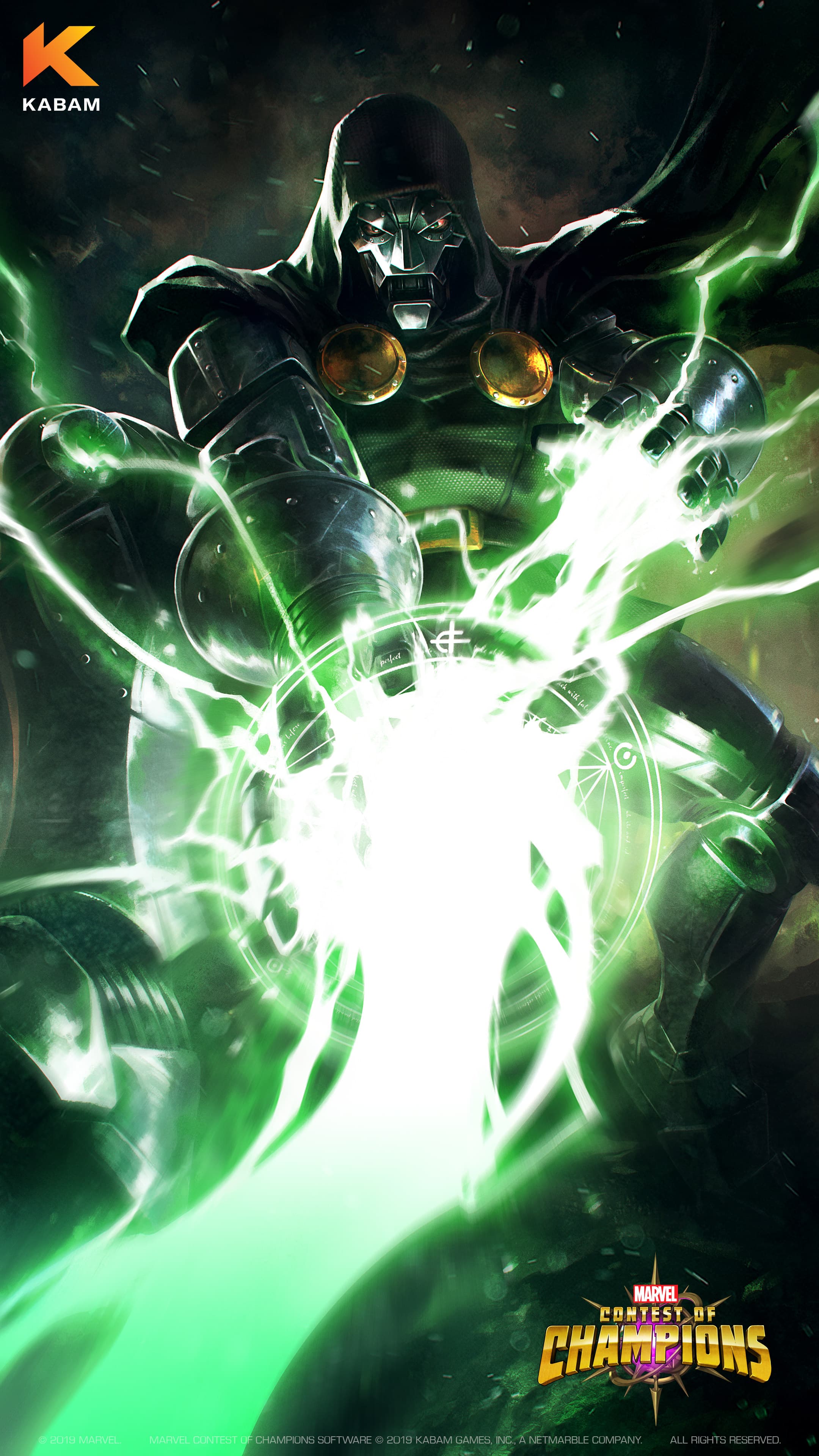 Doctor Doom is available for downloading now on Marvel Contest of Champions on iOS and Android devices!

Doctor Strange vs. The Multiverse | Marvel Contest of Champions

Doctor Strange faces off against a multiverse of Champions, but he doesn’t stand alone! Play as your favorite Variants in Marvel Contest of Champions and take on the next big threat.

'MARVEL Contest of Champions' adds a few sorcerers to its roster, including Doctor Strange in a limited time deal.