Co-created by G. Willow Wilson, Adrian Alphona, Sana Amanat, and Stephen Wacker, in the comics, Kamala is an enthusiastic teenager who defends her hometown Jersey City as the costumed Ms. Marvel. First appearing in CAPTAIN MARVEL #14 in August 2013, Kamala quickly captured the imagination of generations of True Believers, leading to her own monthly comic series in February 2014.

A self-avowed Avengers fan, in the game’s original story, Kamala Khan must apply her intellect, optimism, and unique abilities to the task of unravelling a global conspiracy and reassembling her personal heroes in time to stop a new secretive organization, Advanced Idea Mechanics (AIM), before they unleash one of the greatest threats Earth has ever faced.

Players first encounter a young Kamala during A-Day, where Captain America, Iron Man, Hulk, Black Widow, and Thor are unveiling a hi-tech Avengers Headquarters in San Francisco — including the reveal of their own helicarrier powered by an experimental energy source. The celebration turns deadly when a catastrophic accident results in massive devastation. Kamala is exposed to the mysterious Terrigen Mist, and finds herself developing extraordinary polymorphic powers, which she subsequently hides for years. Blamed for the tragedy, the Avengers disband. Five years later, with all Super Heroes outlawed and the world in peril, Kamala uncovers a shocking conspiracy and embarks on a quest to reassemble the heroes she believes in and to become the hero she was destined to be.

Players begin the journey as Kamala Khan and learn the origins of her extraordinary powers. As the story expands, Kamala plays an essential role in bringing the disbanded Avengers back together. As each Super Hero is added to the roster, players must master all of their unique abilities, rebuild and customize the Avengers team to face increasingly growing threats only the Avengers together can defeat.

“An optimistic fan girl of the Avengers, Kamala Khan is the perfect character for the story we’re telling in Marvel’s Avengers,” said Shaun Escayg, Creative Director and Writer at Crystal Dynamics. “Telling our story of Kamala’s coming-of-age brings a fresh, hopeful perspective to the gameplay experience and her unique abilities as Ms. Marvel make her a character every person can relate to and will want to play. Kamala Khan is one of the unique characters that makes our game stand apart from any Avengers story experienced before.” 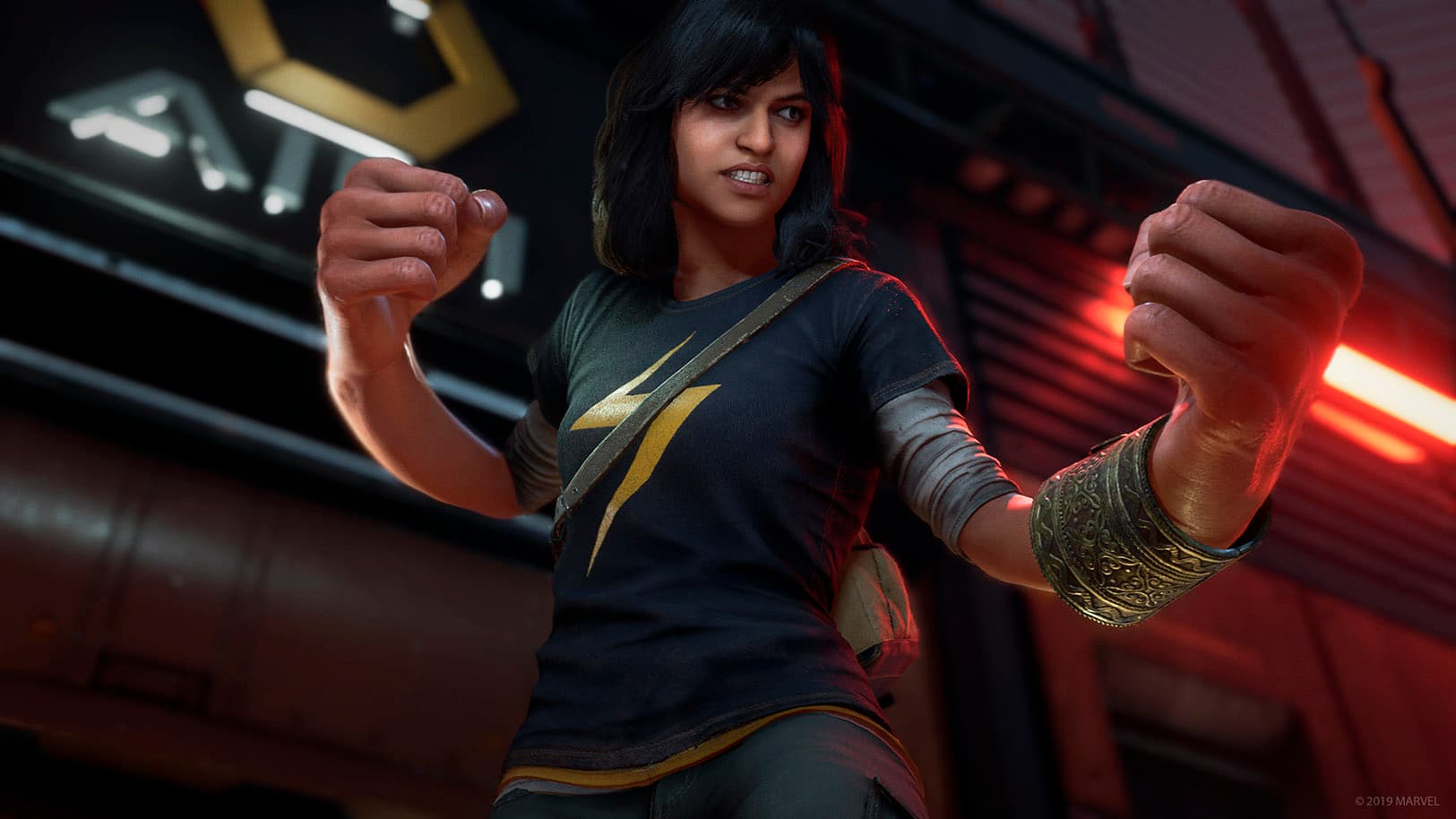 “Kamala is an inspired and perfectly fitting choice to join the ranks of, and reassemble, Earth’s Mightiest Heroes,” said Bill Rosemann, VP of Creative at Marvel Games. “Perhaps more than any other character invented over the past decade, Ms. Marvel has not only charmed the hearts of longtime True Believers, but her unique mix of classic Marvel heroic elements and modern cultural relevancy has resulted in a headline-generating cultural icon.”

“It is a thrill to see Kamala in the Marvel’s Avengers game,” said Sana Amanat, VP of Content and Character Development at Marvel. “Crystal Dynamics has done a marvelous job of crafting a brand-new take on Kamala, while staying true to the spirit of her inspiring character, charismatic persona, and relatable purpose. Fans of the character are in for quite a ride, along with a few surprises, when Marvel’s Avengers makes its debut next year.”

"I think Kamala is a perfect fit for a game like this, since she sees the Marvel world the same way we do as fans and players," said G. Willow Wilson, co-creator of Ms. Marvel. "Kamala allows us to imagine what we ourselves would do if we suddenly discovered we had superpowers and got to stand alongside our heroes in their time of greatest need." 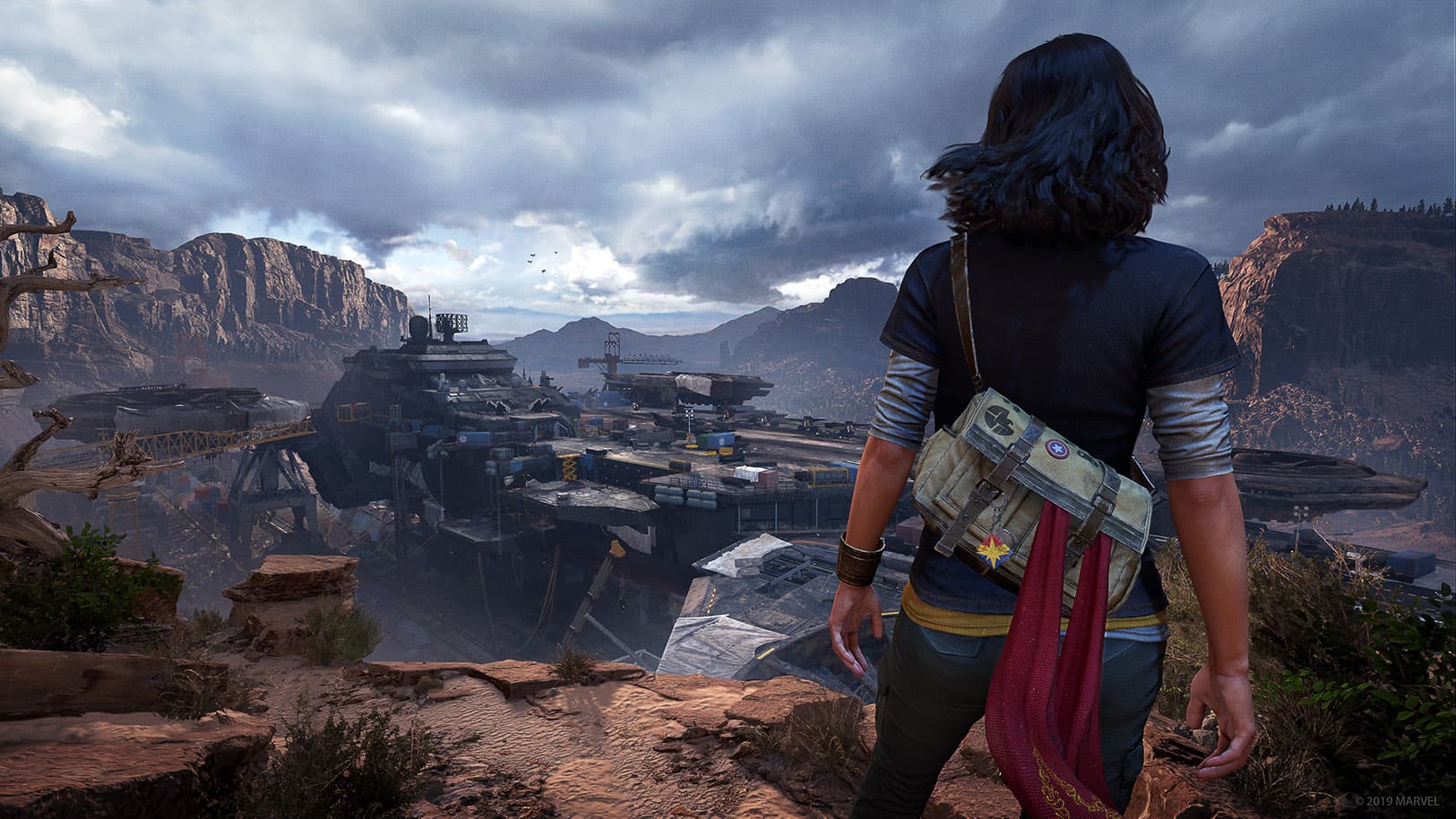 Marvel’s Avengers will release simultaneously for the PlayStation®4 computer entertainment system, the Xbox One family of devices including Xbox One X, Stadia, and PC on May 15, 2020. The game is currently rated RP, rating pending by the ESRB.

Reassemble and Embrace Your Powers on May15, 2020! Play the Beta first on PS4. Pre-Order for Beta Access!

Josh and Langston team up to showcase some "purposeful power" playing in Harm Room and Avengers Initiative missions, while joined by Crystal Dynamics developer Phil Therien in this special Let's Play Live!