The event included a screening, reception and Q&A.

In celebration of  its recent Golden Globe nominations, Oprah Winfrey and Disney CEO Bob Iger hosted a special event this past Monday evening for Marvel Studios' "Black Panther" at The London Hotel in West Hollywood, California. 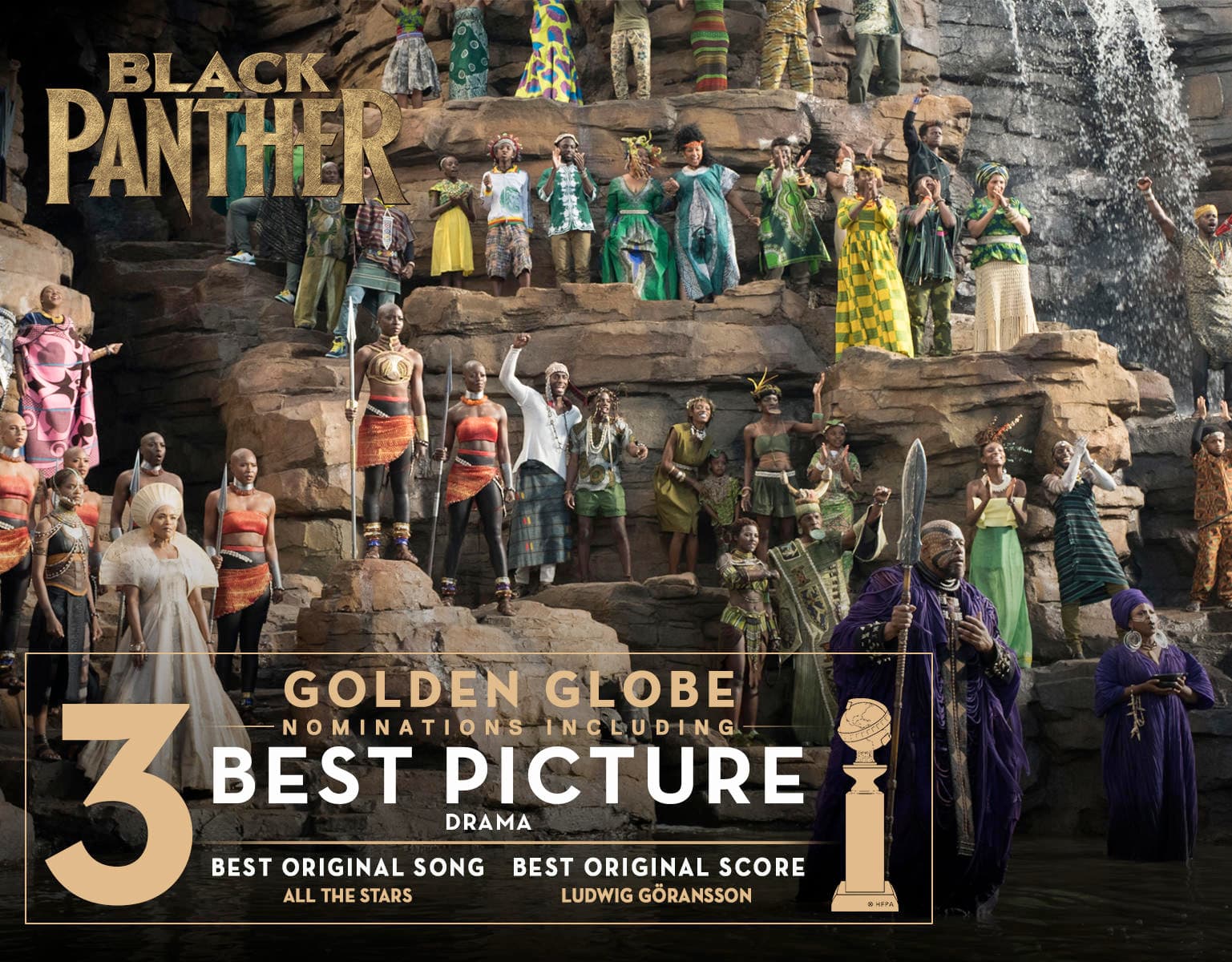 The third-highest grossing movie of all time in the US is nominated for Best Picture, Drama; Best Original Song for Kendrick Lamar's "All The Stars;" and Best Original Score by Ludwig Göransson.

Oprah dubbed the evening "A beautiful night in Wakanda!," on her Instagram photos from the evening.

Following the special film screening, attendees were treated to a Q&A with film stars Chadwick Boseman, Michael B. Jordan, Daniel Kaluuya, film director Ryan Coogler, and producer Kevin Feige. During the reception that followed, Oprah read a letter that she wrote to Iger back in February when she first screened "Black Panther."

For photos from the event, check out the gallery below!

In this article: Black Panther

11 of the Most Notable Dads in the Marvel Cinematic Universe

Just like Yondu says, there’s a difference between being a father and a daddy.

Get a Marvel Studios' Update Breakdown with 'This Week in Marvel'

Plus, talking Star Wars Day and Spider-Man comics with Ryan and Lorraine!

Read “A Nation Under Our Feet” on Marvel Unlimited for free.

A Tribute to the Wakandan Royalty We Deserve – Shuri

Take a look at all the ways the young princess has changed Wakanda and the rest of the MCU for the better!