Uncanny: A Guide to the Animated X-Men Shows On Disney+

Here's what you need to know about all the mutant series!

Disney+ is here, and with it more shows than any mutant (or non-mutant) can keep track of! Just in case your Cerebro is on the fritz, we’ve compiled a handy guide to all the X-Men animated shows available to stream right now.

Whether you’re in the mood for an all-time classic, some superheroic high school drama, or a gritty struggle for survival itself, the X-Men are here to help! 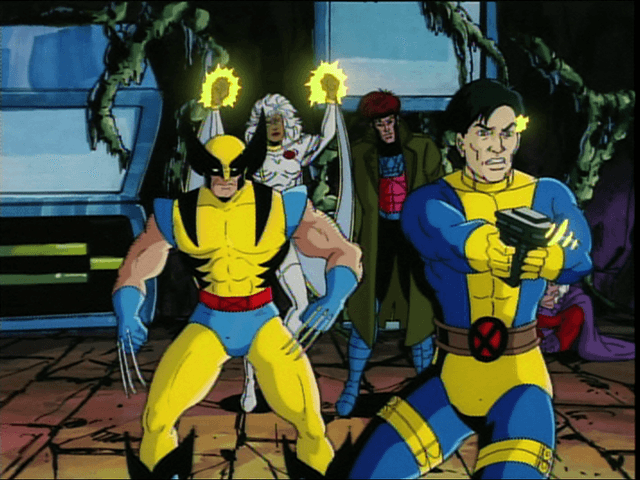 An absolute must-watch for any fan, X-Men: The Animated Series is a timeless classic. It set out to take the stories straight from the comics and bring them to life on the screen, and along the way it kicked off an entire generation of superhero cartoons as a result.

This incarnation of the X-Men features an iconic line-up with plenty of fan favorites making appearances throughout the show. The series starts off with the unforgettable two-part pilot episode, “Night of The Sentinels,” and doesn’t slow down for a single episode. Viewers will get to see titanic clashes of some of the all-time baddies of the X-mythos, including Juggernaut, Magneto, and Apocalypse.

Don’t be fooled by the fact that it aired on Saturday mornings — the show doesn’t shy away from dark tones and thought-provoking storylines. Drawing from some of the most celebrated runs in the comic’s multi-decade in print, the show is viewed by many as setting the standard for every X-Men series since. It takes the archetypes of the characters we know and love and, with an absolutely world-class performance by the voice actors, and plays them to the hilt. Gambit is every bit the grinning, card-slinging scoundrel, Wolverine is at his best at being the best, and Ororo (aka Storm) is the vision of an unflinching and electric goddess of the rains and winds.

X-Men explores many of the foundational themes of the X-Men itself: Intolerance, war, feeling like an outcast and more while still maintaining an energetic dynamic, memorable dialogue and explosive action that truly feels straight out of the comics.

All of that and it still has time for a theme song that shreds harder than a pair of adamantium claws. 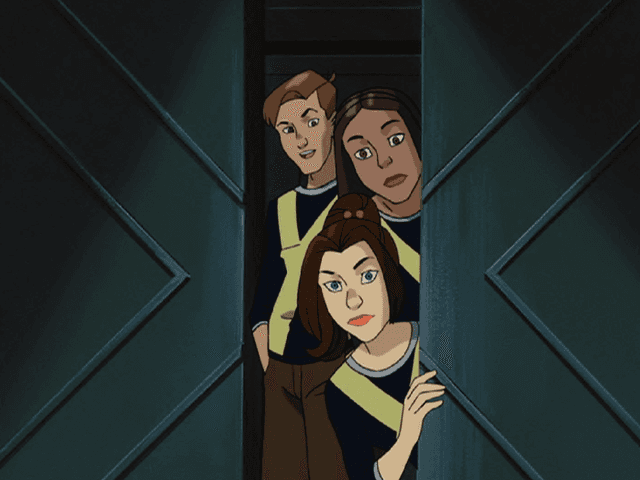 A bold, re-imagining of the characters, X-Men: Evolution simultaneously takes the franchise forward and back to its roots. Harkening back to the team’s origins as a group of teenage outcasts, X-Men: Evolution presents us with a modernization of that classic tale. These younger X-Men lead double lives having to hide their superhuman gifts as they attend a regular high school with their non-superpowered fellow students. But back at home, in the comforts of Charles Xavier’s mansion, they train to protect the very society they are forced to hide from.

X-Men: Evolution is not just a great animated series, but a great teen drama, too, presenting complex characters who struggle just as much (if not more!) with the demands of growing up. It devotes time to focusing on social dynamics and the emotional core of the characters.

Not to say the show is light on the action though, there are punch-em-ups aplenty in this meta-human coming-of-age saga. Reimagining is truly the name of the game with Evolution as, true to its name, everything from the main characters to their villains receive major changes. A great example of this is the series-long rivalry between the X-Men and their juvenile delinquent counterparts, the Brotherhood of Evil Mutants, who manifest in this incarnation as a sort of frat-house of evil. It’s a blast to watch and never stops throwing out clever takes on characters that the world has come to know so well.

In addition to its distinctly softer, darker art-style and fully-reimagined costume lineup, X-Men: Evolution stays true to the themes at the heart of the X-Men legacy since the very beginning but does so in a way you won’t find anywhere else. 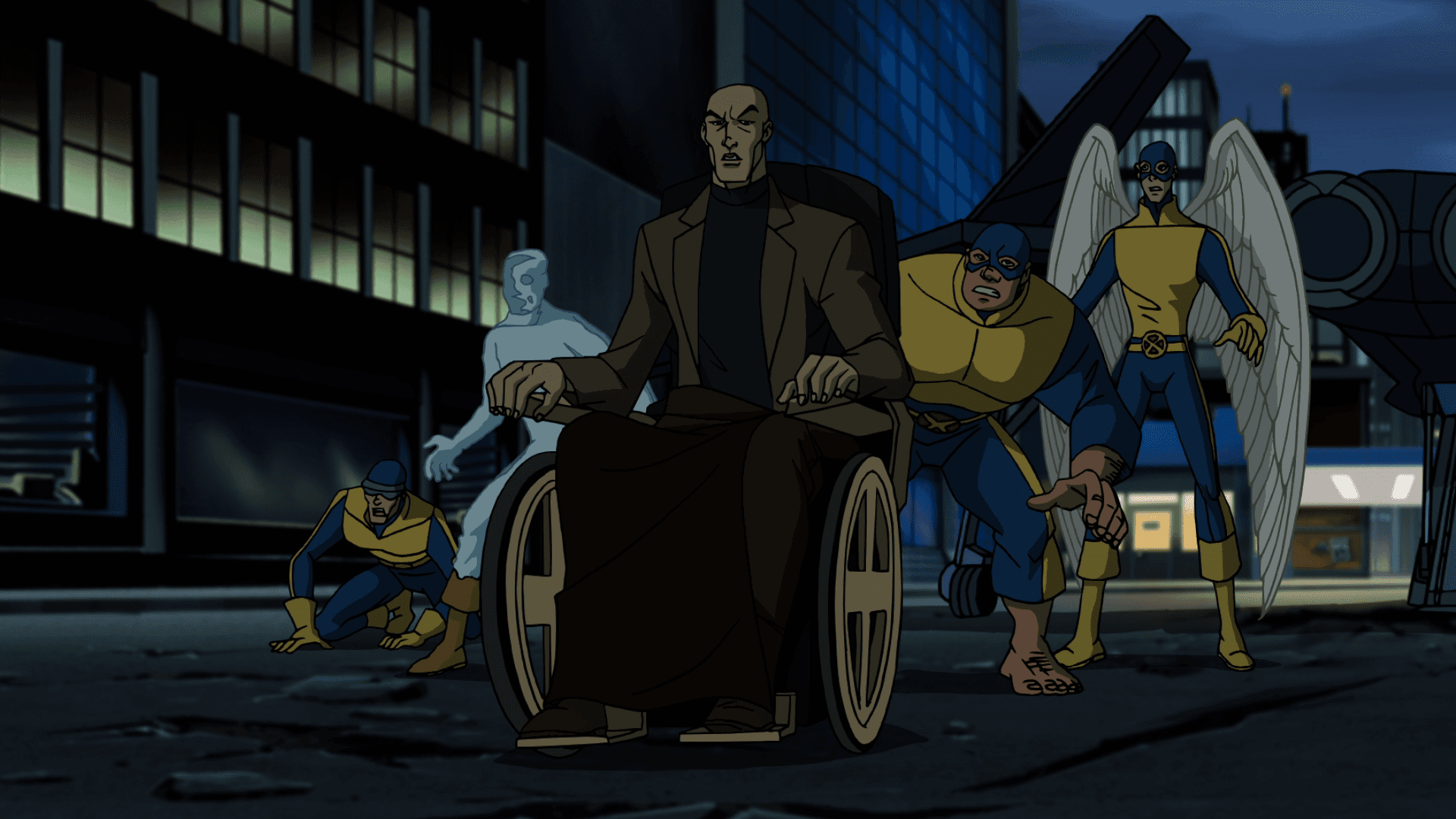 Far from the cohesive unit depicted in the other X-Men series, Wolverine & The X-Men kicks off with a cataclysmic separation of the world’s most uncanny heroes. In their absence, chaos is on the rise and dark forces seize the opportunity to ascend. Reunited by the very thing that brought them together in the first place, this series shows Xavier’s mutants as they desperately struggle to survive while trying to save humanity from itself.

The show’s heart-pounding pace doesn’t trade story for action though, as the X-Men fight their way back to one another we get a chance to dig into the cracks that tore them apart. And of course, with his name in the title, there’s no way we’re not going to get plenty of glimpses into Wolverine’s own mysterious past.

In contrast to X-Men: The Animated Series which mixed multi-part storylines with stand-alone episodes, Wolverine & The X-Men puts its foot on the gas and doesn’t let up. Creating a cohesive and intricate storyline, this one is an animated epic. Taking elements from storylines in the comics —  like DARK PHOENIX — fans will be pleasantly surprised to find aspects of both stories seamlessly integrated into a brand new plot that quite literally spans across time and space.

The stakes are higher than ever in this one — and with the very existence of mutantkind at risk —  the team has never been more fractured. Utilizing a vast universe of characters and connecting them in an incredible web, you’ll definitely get a sense of just how big the X-world can be. A special shout-out as well for the presence of Emma Frost on the main roster, who comic fans know well as an X-Man but who rarely plays with the good guys in animated adaptations.