'Darkhawk' #2: A Conversation with Kyle Higgins and Dr. Tim Coetzee

Connor Young is a seventeen-year-old star basketball player with the world ahead of him, until a surprising medical diagnosis changes everything. But what happens when a mysterious amulet finds him and gives him powers beyond belief? What will he do with these new abilities?

Get to know Dr. Coetzee, his story, and how it relates to the ongoing Darkhawk story right here!

I was wondering if you could explain what exactly the National MS Society is, and then how you got involved.

So the National MS Society, is a nonprofit organization founded by Sylvia Lawry whose brother was diagnosed with MS in 1945. She was told there was nothing that could be done for her brother, and she said, “Well, we've cured polio, let's figure out how we can cure MS.” And to this day we exist to fund the research to try to find a cure. At the same time, for the nearly million people who live with MS in the United States, the Society helps them discover how they can live powerfully of whatever their journey is. Everybody has a unique journey and we want to be there to walk alongside them whether they're a teenager or somebody in their 70s with MS.

I got connected to the society in 1995. I did my PhD in Albany. I was studying mRNA before anybody knew or cared about what that was. I was interested in mRNA and how it gets transported around in the brain and nerve cells. After I got my PhD, I worked in a lab that was focused on MS and the researcher which was funded by the MS Society. At the time I was an all-out science nerd. Multiple sclerosis was this disease that you heard about it, but I wasn't really oriented around it. But it was because of the funding of the MS Society and being around people who actually lived with the disease that I then got connected. I did MS research for a few years, and then joined the MS Society to lead my research programs and do a variety of other things within the organization.

What is happening in the brain with regards to MS that's unique to this specific neurodegenerative condition?

So if you imagine, as I'm talking to you, I talk with my hands and all of that. The ability of your brain to tell my hands to move is all influenced by the signal that comes out of my brain, tells my hand to move forward. The nerves in my hand go back and forth. And what's happening in MS is that these nerves which are a network that are connected and really guide everything about our life is basically being broken apart in various parts like you get your wires crossed.

And what's happening in a person living with MS is that their immune system basically has decided that it's going to attack this network of nerves in your brain and your spinal cord, and very specifically attack the insulation that wraps around all of these nerve cells. And it really is like the electrical insulation in your house, your network, whatever devices. And when that insulation gets destroyed you start getting short circuits.

But in effect, what's happening is that those immune cells are leaving your bloodstream where they're normally supposed to be fighting viruses and instead going into your brain basically chewing away at that insulation. Your nerve cells basically short circuit. So let's say the MS affects the nerves that connect your eye…You start having trouble seeing or you could wake up one morning and your leg's not working right. You could have pain and different symptoms because of MS.

And what we're focused on with our research and the kind of treatments we have is what's the trigger? Why would your body decide to start chewing away at the insulation around your nerve cells? What are the immune cells that are involved? What tells them go to the brain and start chewing away at them? And then also what are the differences between men and women? Between different groups of people? Why is it that sometimes we don't have MS in some parts of the world and other parts of the world. And then specifically what treatments can you come up with that can really turn that down?

The good news is that back in 1994, we had one disease-modifying treatment approved. Today, we've got more than 20. So there's a lot of progress in the disease, but still a lot more places to go. As a biologist, I'd say there’s so many more questions to answer of what develops into MS.

Is there something about a person's genetics that contributes to it? Are there factors of diet, lifestyle, exercise? All of those things that, as a biologist, I want to try to get my hands on. And then the other part is, our immune system is amazing. It has this incredible ability to fight off so many things, and I want to understand, why do some of those cells decide that the brain is the enemy. And that uncertainty is what we're trying to get at.

I was wondering if you could talk a little bit about what the diagnosis process is like for people in, say, 2021 compared to 1987.

So diagnosis today—and again, I'm going to speak broadly and the kind of typical case, recognizing that there are people that will be either extreme of the spectrum. In today's diagnosis, if somebody were to wake up, and let's say they had challenges with vision, their doctor would go in. They would do probably a visual test, get an MRI. And what they'll do with the MRI is they'll put a molecule into a person's bloodstream that lets them see if there's damage going on in the brain. And if they see spots—what we call lesions—on the MRI, they would say, okay, because of these spots, because you're having these clinical symptoms of visual or moving, you likely have MS. And then we need to start you on one of the disease-modifying treatments that now are quite effective.

Back in the '80s they would not have been using MRI, and they would not have had as much of a structured approach to the diagnosis of the disease. They would look at different things and say, okay, maybe if you have problem seeing and then maybe six months later, you have problems walking and then another two months later, we'll do this... There was a lot of what we call "watchful waiting." And the thing about watchful waiting is that that two years is a period where the disease is still going and not being treated. So now we flipped the approach to say let's get somebody started on treatment as soon as we can.

With progressive MS, that affects a fewer number of people. Basically, progressive MS can appear in a couple of ways. There is what we call primary progressive MS, which is a version of the disease where you've seen the doctor, but you're losing function really quickly; the disease isn't coming and going. Whereas with relapsing disease, it sounds exactly like it is. You have a symptom. You have what we call a relapse. They treat you with some steroids. The disease goes into quiet for a stretch. And for some people, the quiet can be five years before they have a relapse. And that's the point of the treatments is to really stop those relapses from happening so quickly.

And so the challenge we have is that with relapsing disease, we've got these 20 disease-modifying treatments that really have made a big difference in people's lives. With progressive MS, this slow loss of function, which you don't get back, we have only a couple of treatments that are somewhat effective. Some people who live with relapsing MS for a very long time will then eventually stop having relapses and just slowly lose function, and that's when they transition to what we call secondary progressive MS. So it means it came after first and second.

And what we're doing for the MS Society is we have a global collaboration of about 30 MS societies actually focused on tackling progressive MS and really trying to bring attention to it. For many years, people with progressive forms of the disease felt left behind as you had all these treatments. And so we've focused on that. So, broadly speaking, those are the two big categories that we orient ourselves around. 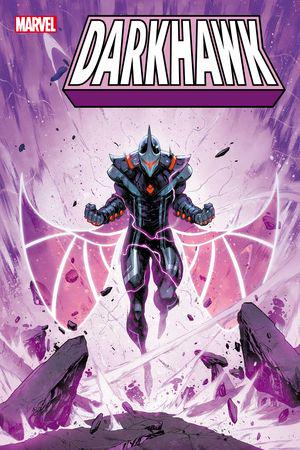 Have you had any experience over the years or seen firsthand as an athlete diagnosed with MS?

I haven't seen it firsthand, myself, but I'll tell you that there are people who are quite athletic and the main thing that people will pay attention to when they're an athlete and living with MS is the challenge of getting overheated. Heat in particular comes from a lot of exhaustion or even just living with MS in a hot climate. One of the challenges about the way our nervous systems work is that when our body core gets hot, our nervous system starts acting really crazy because the nerve cells actually work faster when they're hotter. If you've got the kind of disruption in your nerves that MS has, it just makes things even worse. So staying cool is really, really critical. As an athlete, there's nothing that would stop that person. Just make sure you stay hydrated and cool and making adjustments for any mobility issues that might appear.

There's a young man that we know who was a high school football player. And he continued to play football living with MS as a 17-year-old and grappling with the fatigue. As a parent, I would be worrying about him or her. But at the same time it's that embracing of life that really matters and that's so important.

Is there anything that you might speak to as far as where we're at and where we're going for someone whose life may have just recently changed by MS?

I would say to someone like Connor Young, who was just diagnosed with MS: focus on living well. Focus on continuing to live life and not letting MS become this weight around you and really say, “I can live powerfully. I can take action. I have the ability to shape the journey that I'm on.”

The other thing I would say is start shaping your journey as early as you can. There's a lot of stuff to process and think about when you live with MS. But you're going to live a full life and you're going to walk a journey. You don't need to walk MS alone. You've got health systems, you've got people. We're going to get more and better treatments. We're figuring out how we're going to get those treatments to repair the brain from that's ever being damaged.

We know the things that people should be doing in terms of diet and exercise to live well. I believe that we are on the cusp of being able to figure out what is it that causes MS and start tackling it so we can prevent it from ever happening, and prevent someone from hearing those words at some point in the future.

In this article: Darkhawk

Just in time for the iconic hero’s 30th anniversary!

An 'Amazing Spider-Man' ending! 'Inferno' begins! The Darkhold opens! And so much more!