By now, all you Didja Know Diehards out there have got to know that even though we’re all frantic fans of the Mighty Marvel Big Guns, it’s those kooky, crazy cut-ups on the lower rungs that really flip our switches…like, f’rinstance, Jimmy Woo!

See, our jolly Jimmy’s about to make his latest comeback in the pages of this Wednesday's WAR OF THE REALMS: NEW AGENTS OF ATLAS #1, and we thought we’d crease the curtain a bit to peer into his past to see what makes him tick.

What do ya say, Charlie? Away we go!

What’s that we’re saying? Before Marvel was Marvel? But isn’t Marvel eternal? The be-all and end-all? The Alpha and Omega? Well, sure! But there was a time long ago when it used to be called Atlas Comics. And that’s where Jimmy was born.

Back then, creators Joe Maneely, John Severin, and the King himself, Jack Kirby cooked up a litany of lovable characters, including a new hero, Jimmy Woo. He sprang into action, and as an Asian-American, fully fledged FBI agent in the 1950s, Woo went down in comics history as one of the first such characters to not appear as a regressive stereotype—in fact, he was his own man and a two-fisted, rough-and-ready one to boot! 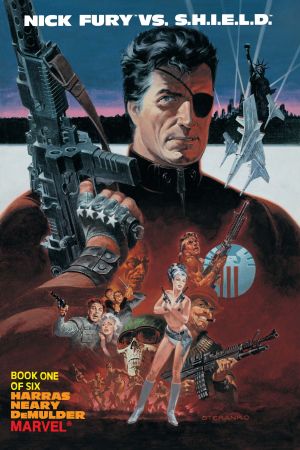 That’s when the legend of Jimmy Woo began.

Didja Know… Jimmy once fought a giant lizard as tall as a building?

Oh…hoo boy. Umm, well, nothing to see here, chums. Move along, move along…

Didja Know… Jimmy became a S.H.I.E.L.D. agent and an LMD?

If you know Woo at all these days, you know him as an Agent of Atlas, but after his stint with Atlas and after the birth of the mighty Marvel Universe, he rolled up his sleeves and passed the tests to become an agent of S.H.I.E.L.D. in 1968's NICK FURY, AGENT OF S.H.I.E.L.D. #2. There, he faced a multitude of menaces alongside Nick and his boys, and honed his skills for the years of trouble to come. 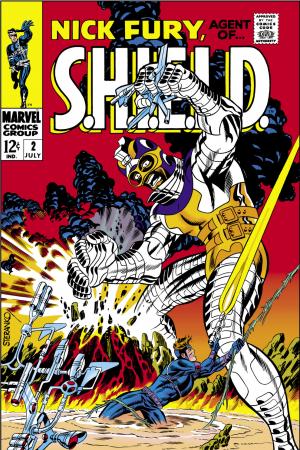 Now, about the Life Model Decoy…there once was a sort-of rogue LMD called the Deltite who raised a lot of heck at S.H.I.E.L.D. in a series called NICK FURY VS S.H.I.E.L.D. How much trouble exactly? Suffice to say enough to start a little rollickin’ race of robots all his own, which included a duplicate of Jimmy Woo! Now, before you start throwin’ too many questions our way, let’s just say that Jimmy—the real McCoy—survived in stasis to fight again another day, and that’s just what he’s doing now. Agent of the FBI, of S.H.I.E.L.D., of Atlas…he’s a heckuva hunk of hero, True Believers, and we wouldn’t want it any other way! Ciao!

Peruse these eye-poppin' publications with Marvel Unlimited right now! Then visit your local comic shop to read WAR OF THE REALMS: NEW AGENTS OF ATLAS #1 on Wednesday, May 8!

Get a First Look at Marvel's Voices: Identity #1

We spoke with creators Alyssa Wong and Bruno Oliveira about the solo run starring Ami Han, last of the Kumiho.