Who Is Billy Kaplan, AKA Wiccan?

Ever wonder about Wiccan? Prepare for 'King in Black: Wiccan and Hulking' #1 here!

They say the children are our future, True Believers, and who are we to argue? Do we look like Irving Forbush? Better still, we look like manic Marvelites looking forward to KING IN BLACK: WICCAN AND HULKING #1 and catching up with two of the coolest cats to open up shop in the House of Ideas since ol’ Spidey first wove a wondrous web!

Billy Kaplan, AKA Wiccan, may be just a kid in age, but he’s gained so much experience over his relatively short time on Planet Earth, we think he makes for a fascinating folio of fantastic facts…and, you guessed it, genius! We’re gonna pop our peepers on a few of ‘em right now!

Wiccan had another codename when he first cast a spell on us!

We met young William Kaplan in YOUNG AVENGERS #1 as one of a gallopin’ group of kid heroes who tried to fill the yawning chasm left in the world by the Avengers after they were Disassembled by the Scarlet Witch—you remember that, yeah? The media knocked the kids with nicknames, and Billy was called “Thor Junior” before learning he preferred to be called…Asgardian.

Why the Thor connection, you yelp? Well, all the Young Avengers at that moment in time seemed to be amazing analogs of the Avengers themselves! Billy himself had wings on his headpiece and carried a staff not unlike a certain Uru hammer and, well…Asgardian! And between you and us and the Daily Bugle, the electromagnetic powers he dazzlingly demonstrated didn’t hurt none, neither! 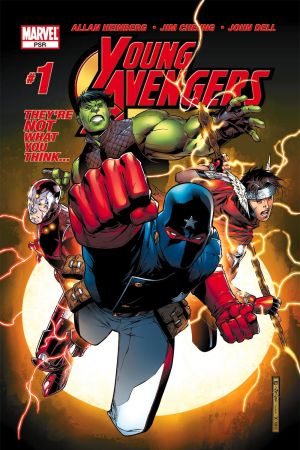 Anyway, by YOUNG AVENGERS #3 readers realized there was a lot more to Asgardian than jumpin’ jolts—in fact, he turned out to be a spellcaster. By the time the team’s first tussle was over, they all adapted new uniforms—we used to call ‘em “costumes” in the old days—and young Billy retired the Asgardian accreditation and decided to call himself Wiccan. And believe us, that’s better than “Warlock Boy” or “Magic Lad” on any given day of the week!

After a run-in with the Scarlet Witch, as told in YOUNG AVENGERS SPECIAL #1, and what seemed to be an awakening of his abilities, Billy began to wonder if he might have an honest-to-goodness connection with Wanda Maximoff…except Wanda was later believed dead and gone following her famous freak-out in the ash-strewn aftermath of Dissembled and House of M. 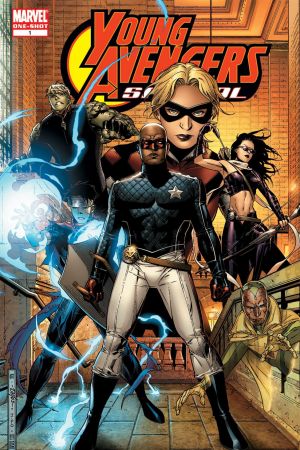 In AVENGERS: THE CHILDREN’S CRUSADE #1, Wiccan and another youngster called Speed sped off to see what they could see of the mystery of their proposed parentage and, with their “grandfather” Magneto leading the charge, ended up in Latveria and into the presence of, incredibly, an amnesiac Wanda—alive, too!—and her fiancé Victor Von Doom!

To say Billy was shocked is like saying the Thing’s on rocky ground, but he and Speed persevered, and in AVENGERS: THE CHILDREN’S CRUSADE #6 the Scarlet Witch, her memory recalled, recognized the two teenagers as her sons—aww! It was a tearful, yet joyful reunion of-sorts, the kind that could only be interrupted by, oh, say, Doctor Doom stealing Wanda’s lifeforce powers and trying to take over the world, etc. But, that’s another story, silly!

Wiccan became the consort to a galactic emperor!

Billy Kaplan’s longtime boyfriend Teddy Altman—he’d be the aforementioned “Hulking” up there in our first paragraph, Bunky!—has a peculiar pedigree: He’s the son of the famous Captain Mar-Vell of the Kree, and then-Princess Anelle of the Skrull Empire! That alone makes him a singular stand-out among the other distinct denizens of the Marvel Universe, but now he’s actually the Emperor of the recently refreshed Kree-Skrull Alliance, as seen in INCOMING! #1 and later in EMPYRE. 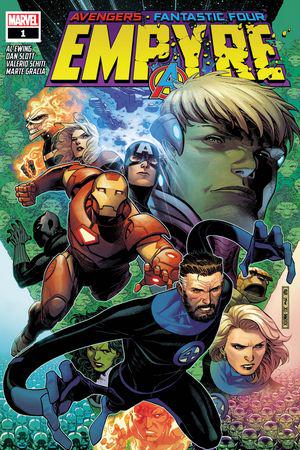 So, in what wild and wonderful ways does Wiccan fit into this? Well, seeing as how the boys are an inseparable couple, when Teddy arose to the throne, that instantly made Billy his “prince consort.” In fact, in EMPYRE: AFTERMATH AVENGERS, Emperor Hulkling and Wiccan are married and Billy is officially crowned consort and named, get this, court wizard! Who says it ain’t the Marvel Age of Super Hero Multitasking?

Peruse these eye-poppin' publications with Marvel Unlimited today! And read KING IN BLACK: WICCAN AND HULKING #1 at your local comic shop on Wednesday, March 3!

Earn Points, Get RewardsJoin NOW!
In this article: Wiccan, Hulkling, King in Black

'MARVEL Contest of Champions' adds Wiccan and Hulkling to its ranks with a new 'Legacies' event quest.