Marvel Veteran Larry Hama is as Unstoppable as Wolverine

An acclaimed comics creator, actor, musician, U.S. veteran and martial artist, Larry Hama is one of Marvel's most prolific creators. Listen to an exclusive interview on This Week in Marvel!

If you think of the number of lives that Wolverine has lived, longtime Marvel editor Larry Hama just might have him beat. As a renowned writer and artist for many series such as G.I. JOE (1982), NTH MAN: THE ULTIMATE NINJA (1989) and WOLVERINE (1988), he was also an editor for CONAN, CRAZY MAGAZINE, and FUMETTI. But his credits outside of the comics industry run just as long—fashion designer, performing as a cast member of the Stephen Sondheim-directed Broadway play Pacific Overtures, playing a soldier on M*A*S*H, serving as a real U.S. soldier in the Vietnam War.

On This Week in Marvel, host Ryan Penagos ("Agent M") sits down with Larry Hama and finds out his Marvel origin story. Check out some of the excerpts below and be sure to listen to the full interview in the podcast!

The Early '70s at Marvel

Marvel: Alright, so you mentioned working through Continuity helped you get to Marvel. Your first published work at Marvel was an Iron Fist story? But, I think I was reading somewhere else that you actually did another story for Marvel that didn't get published?

Larry Hama: I did, well, I did some funny stuff for like Brand Eck and Crazy before I did that, that didn't really count.

Marvel: Crazies had like 3 lives but the one that you worked on was the longstanding one.

Hama: I did an 8 page Werewolf story. I think it was written by Larry Leiber actually and it was inked by Neil and the Crusty Bunkers. And it was a black and white wash job and the book got cancelled before it got published here and then the originals got stolen, and then they got recovered, and then it was eventually published by L'Écho des savanes in France. So it did get published.

Hama: Yeah, so Iron Fist though was the first monthly Marvel comic that I worked on.

Marvel: And then you come onto Marvel staff a couple of years later. So you are still doing a lot of work for Marvel, for DC, for various companies through Continuity and on your own before you come on staff?

Hama: Well, no because in '75 I sort of became an actor for a couple of years because I got cast in the Stephen Sondheim musical on Broadway.

Hama: Yeah and so I did Pacific Overtures for a year and a half or something like that. I did it in Boston, Washington D.C for tryouts and then we had a run in the Winter Garden and then we took it to LA for the Dorothy Chandler Pavilion and then up to the state in San Francisco and along the way I got into all the unions and I did an episode of M*A*S*H and a bunch of soap operas and commercials and things. But I never gave up my $50 deskspace at Continuity. IT was advice of my mother, "Don't give up the day job."

Hama: And for $50 a month, I could afford it. So, when the show closed, I just went back to Continuity and I was literally there maybe two months and then I got offered an editorship at DC. So, I went to DC and worked on Wonder Woman and Super Friends and a bunch of other titles for about a year. Then they and the big DC implosion, which was the year after they had the explosion. They had the implosion. So me and Al Milgram, who were the last editors hired, were the first ones fired. Al immediately went over to Marvel and he called me like 2 weeks later and he basically said, "Come on over, the water's fine."

Hama continues to travel regularly around the country to attend comic conventions, although he jokes, “Yeah, I was trying to cut back last year...I just told all the conventions, 'Look I can't really travel coach anymore. So I figure if you’re not gonna spring for first class, I really can't go.' And they all said, ‘Okay.’ I didn't get out of a single one. Upgraded me to first class! And my wife said, 'See? You should've been asking for first-class all along.’"

He continues, “I don't mind going because I get to commune with the fans.” 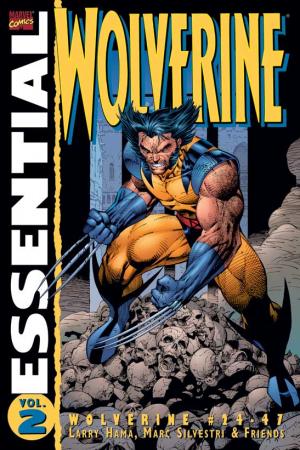 Connecting with fellow soldiers and veterans is also important to Hama: "I went into a lot of that in North Carolina. I was in Fayetteville which is right by Fort Bragg, so it had all these combat and special forces guys."

When asked if his readers who served in the army may have a special understanding of some of his work, Hama acknowledges, "Yeah, there's a lot of that, but I make it a point to not point those things out." He shrugs off the idea of requiring special knowledge to enjoy a comic, and instead offered another example:

Hama: For instance, a couple of years ago, I wrote a G.I. Joe story that had no man in it at all. It was completely, every single, every minor characters, it was all women. I did it as an experiment to see if anybody would notice.

Marvel: And did they?

Hama: Not a single.

Hama: That means that things have changed.

Hama: People didn't think that anything was off.

Be sure to listen to the the full interview on This Week In Marvel and have a Happy Veteran's Day!