Quacking Up with the History of Howard the Duck

As avowed Marvel mallard mavens, imagine our swirling surprise and giddy gobsmacking when we heard the news that our ol’ pal Howard the Duck—the greatest hero this side of Forbush Man—has an all-new story in the upcoming WAR OF THE REALMS: WAR SCROLLS #1!

Amidst the tumultuous tussles tossed around in WAR OF THE REALMS, this newfangled fowl feature has been forged by writer Chip Zdarsky and artist Joe Quinones—the tremendously talented twosome that brought you that howling HOWARD THE DUCK series from 2015!

We go way, way back with Howie, back to a simpler time of talking animals in comics, as well as existential epigrams with a wild and wooly “Waugh!” thrown in for good measure. Sound fun? You betcha, bunky! In fact, there’s a few ducky details of Howard’s adventures we’d like to share with you today—are you down with it?

Didja Know… Howard was once mistaken for a mutant?

Now, don’t get all excited, kids! The X-Men won’t be giving the poor guy a jingle any time soon, but when he first hit town he kinda looked a little…you know…different from everyone else. Get the picture?

So, a demon-lord named Thog snatched Howard from his duck-world in another dimension from ours and flung him into some fabulous Florida flora we call the Everglades in ADVENTURES INTO FEAR #19. Our boy immediately met the moss-covered Man-Thing, and from there Mucky and Ducky floundered into a whole mess of weird realms. Unfortunately, just when things were gettin’ good and duck soup, Howard’s big flat feet caused him to slip off some otherworldly stepping stones in MAN-THING #1 and he fell all the way to…Cleveland. 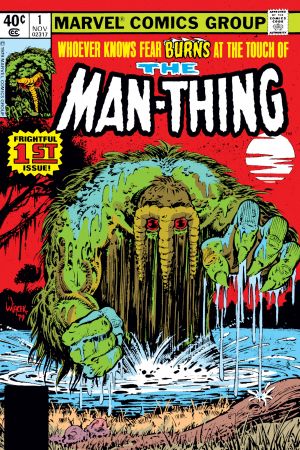 Here’s where things got really strange. Howard battled a dastardly dude known as Garko the Man-Frog—we’re not making this up, Charlie—and turned around to walk right into the hands of the Law. Who immediately locked him up. And...uhh...strip-searched him. And realized he was a walking, talking, anthropomorphic duck before running away, screaming that he was a mutant. And a horrible freak. Yeah, they did say that. But Howard being Howard, he rolled with it and went on his merry little way. Wouldn’t you?

Didja Know… Howard once ran for President of the United States?

Okay, get all the giggles and guffaws out of your system before we continue, capeesh? This is important American History stuff here, see?

Howard met a nice gal named Beverly Switzer in HOWARD THE DUCK #1 and they became bosom buddies—hey! What did we say about snickering? Anyway, after a series of misadventures, duck and girl somehow made their way from Cleveland to New York City in HOWARD THE DUCK #7 and fell into the crafty clutches of the so-called “All-Night Party” of political pushers. And, in their wise and wonderful wisdom, set Howard up as a candidate for the highest office in the land. 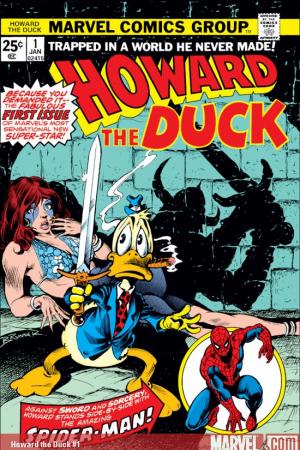 Remember it now? His slogan was “Get Down, America!” and it went pretty well for a while, but as these things go, tragedy lurked right around the corner. In HOWARD THE DUCK #9, a smear campaign was foisted on Howard's feathers by the cowardly Canadian super badguy called the Beaver, smashing and dashing his chances against the rocks of ridicule and ribaldry. In the end, our little friend suffered a nervous breakdown, and that’s no laughing matter.

Yes, we said "bell," buddy! How else would the world quake at the name of…ehem...Doctor Bong?

Following his frantic and feverish fall from the height of his political popularity, Howard and Beverly tried to resume a normal existence, but Lester Verde, an old college stalker of Bev’s, rang down the curtain on them and swept the woman off her feet—literally! Calling himself Doctor Bong, he forced Bev to marry him in HOWARD THE DUCK #15 and in HOWARD THE DUCK #18 transformed the duck-man into just that: a man! 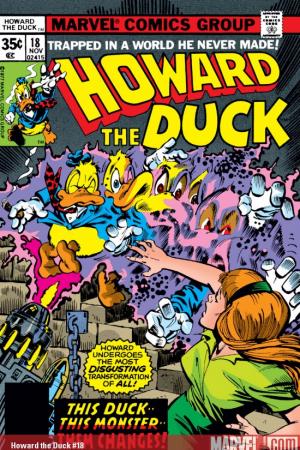 As they say, Howard the Human got better, but felt as if he’d lost Beverly forever. More manic misadventures followed for our little hero until the lady managed to get away from Bong in HOWARD THE DUCK #30. Howard, still furious over the baddie’s terror-filled treatment of Bev, set out to crack that big bell once and for all. How? As Iron Duck! As to that, we should say no more, but simply and sincerely refer you to the classic HOWARD THE DUCK #31—would you believe us otherwise?

Peruse these eye-poppin' publications with Marvel Unlimited right now! Then catch WAR OF THE REALMS: WAR SCROLLS #1 at your local comic shop on April 17!

In this article: Howard the Duck, Marvel 80th Anniversary