Spider-Verse: Everything You Need to Know About Spider-Ham

The comic book past of the spider turned super-powered pig turned 'Spider-Man: Into the Spider-Verse' sensation! 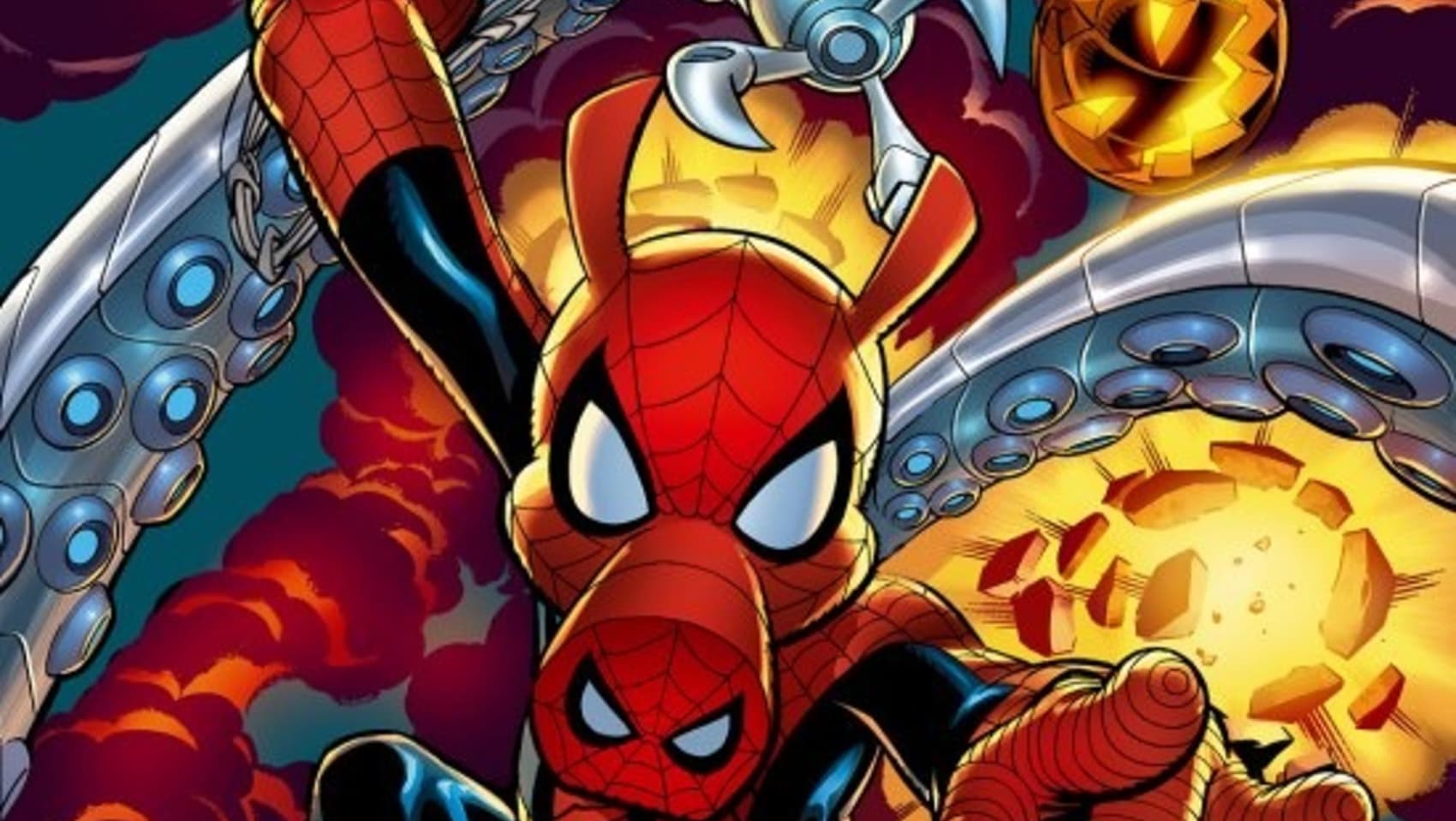 Except for Peter Parker himself, out of all the alternate versions of Spider-Man that Miles Morales encounters during his journey in "Spider-Man: Into the Spider-Verse," Spider-Ham has actually been around the longest in Marvel Comics! The character, voiced by comedian John Mulaney in the animated feature, began his comic book life back in the 1983 one-shot MARVEL TAILS STARRING PETER PORKER, THE SPECTACULAR SPIDER-HAM #1.

With “Spider-Man: Into the Spider-Verse” adding to Spider-Ham’s fandom (or should we say hamdom?), we’re taking a look back at Peter Porker’s comic book past and the Marvel tales and Marvel tails that led him to the silver screen.

A denizen of the anthropomorphic, and notably cartoony, Earth-8311, Spider-Ham actually began life as a mere spider who was bitten by irradiated basement scientist – and pig -- May Porker, turning him into Peter Porker, the Spectacular Spider-Ham! In that first appearance, he not only teamed up with Captain Americat, but also accidentally lead to the creation of Hulk-Bunny.

A couple of years later, in 1985, the stunning swine scored his own series, PETER PORKER, THE SPECTACULAR SPIDER-HAM. During that book's 17-issue run, Porker mixed it up with the likes of Ducktor Doom, King-Pig, The Bee-Yonder, Raven the Hunter and plenty of others. 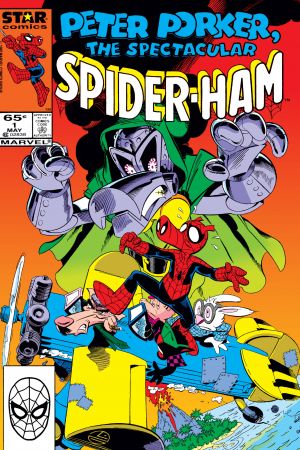 When his series finished up in 1987, Spider-Ham's adventures continued as back-ups in MARVEL TALES until 1991.

Peter Porker took some time off for a while, but returned to the spotlight in the mid-2000s with reprint appearances in SPIDER-MAN FAMILY and the occasional all-new one-shot like 2007's ULTIMATE CIVIL WAR: SPIDER-HAM and the SPIDER-HAM 25TH ANNIVERSARY SPECIAL. 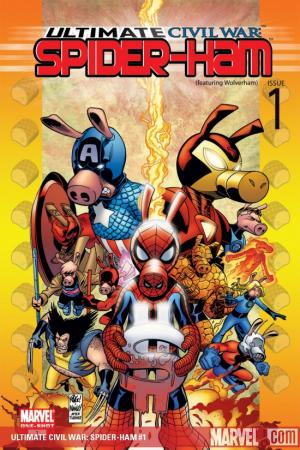 The porcine protector made a bigger return when a group of multiversal spider hunters known as the Inheritors made their presence felt to the point where all the Spiders joined forces to stop them. He first appeared in that story in EDGE OF SPIDER-VERSE #5 to recruit Peni Parker alongside Old Man Spider.

Spider-Ham would go on to feature prominently in just about every issue of the SPIDER-VERSE event, playing a huge part in the grand finale in AMAZING SPIDER-MAN #14 when he replaced the baby Benjy Parker to help thwart the Inheritors' attempts to kill all the spiders. 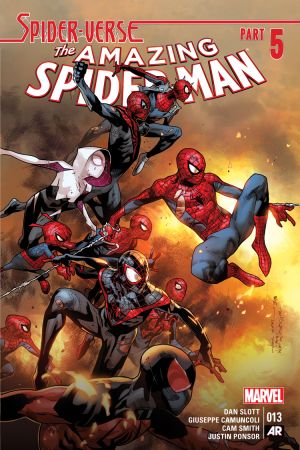 From there, Peter Porker appeared in the SECRET WARS-connected SPIDER-VERSE series, which established a team that would go on to appear in the pages of WEB WARRIORS. Alongside the likes of Spider-Gwen, Spider-Man Noir, and Spider-Punk, he helped defend other Spider-Verse worlds from danger.

These days, Peter Porker, the Spectacular Spider-Ham continues to prove his worth and value to the larger Spider-Verse by once again facing off against the Inheritors in the SPIDER-GEDDON event!

For more on Spider-Ham, check out Peter Porker's section on Marvel.com!

In this article: Spider-Ham (Peter Porker), Spider-Man: Into the Spider-Verse

Who Wields the Shield: The Many Versions of Captain America

Get to know the Sentinel of Liberty from across the Marvel Multiverse!

Dan Slott, Gerry Conway, and more present the inside story of the Multiverse!