How to Thrift Your Own ‘Marvel’s Runaways’ Halloween Costume

The series' costume designer on how you can channel each Runaway with secondhand finds and more!

Did you know, on average, Americans buy $3.4 billion worth of costumes each year? All that money literally trashed by November 1 is especially frightening for Brentwood teens cut off from their evil parents’ cash flow.

In Season 2 of “Marvel’s Runaways,” premiering all 13 episodes on December 21 exclusively on Hulu, Alex, Nico, Karolina, Chase, Gert, and Molly have their homes (and evil parents) behind and now have to learn how to live on their own. As they scavenge for food, search for shelter, and take care of one another, our kids begin to realize, for better or worse, they’re stuck with each other. Just because they’re on their own with no roof and no generous allowance doesn’t mean they skimp out on all the traditions and social activities. They now have to be resourceful, eco-conscious, and stretch their dollar.

While on the set of “Marvel’s Runaways,” Marvel.com got the opportunity to talk to Samantha Rattner, the series’ costume designer, on how you can pull together an individual or group Halloween costume look in a super easy and low waste fashion—all using items you most likely already have in your closet or can easily shop secondhand at thrift stores like our Runaways!

Marvel.com: How much of the comic books did you pull from while you were thinking about season two?

Samantha Rattner: I try to pull from the comics as much as I can and particularly with Nico this season. She’s got a lot of epic moments, so we made some of her costumes from scratch to really reference the comics. But also, we do it with Alex’s t-shirts. [We] try to pull some of the graphics that you might see in the comics and put them on Alex’s t-shirts. Then inspire from the other characters little pieces here and there. The finale in particular, you’ll see are very comic book-inspired looks.

Marvel.com: When we look at the kids, they’re leaving the Westside. Their wallets, debit cards and everything in their closets… Season Two picks up really fast. How do they evolve throughout the season?

Samantha Rattner: Last season during Season One, we saw them and the parents both living in this kind of affluent world of Brentwood and Atlas Academy. Now, there’s this stark contrast between that world with The PRIDE and our kids who are trying to live on the street and figure out how they’re going to survive.

Lucky for me, they come across the hostel, which is such a cool set. We talked, Josh [Schwartz] and Stephanie [Savage] and I, in the beginning about it being this magical closet like a Narnia of sorts where they could find any item. From turn of the century, all the way to the 90s. From punk kids who were squatting in the hostel or the wealthy family who once lived in this mansion. So that kind of gave me free reign in terms of vintage-inspired and actually some vintage pieces to use on the kids. We can’t use a lot of real vintage because there’s so much stunts in the show that we need at least four or five of a lot of the costumes. We need to look for things that are out there in the world that anybody can buy. But, they’re actually vintage looking, so…

So how does a young adult tight on green navigate this upcoming holiday? Here’s what Samantha Rattner details her vision this season and what she suggests in pulling looks for each of our Runaways: 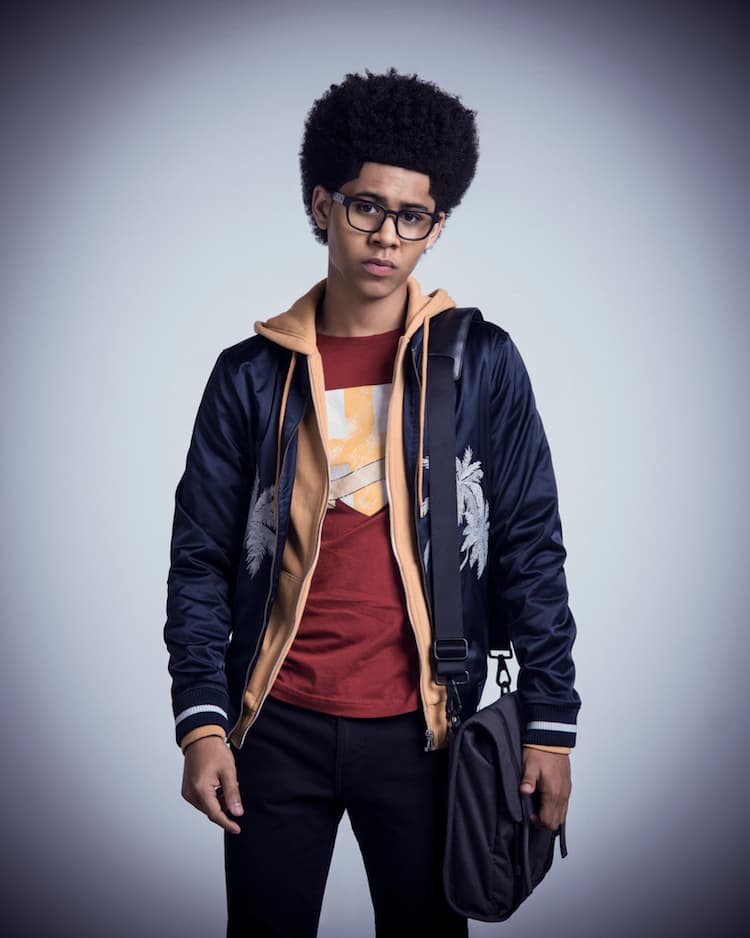 Alex is our cool nerd. This season, he’s really inspired by the 70s in particular, both in color palette and also the shapes that he’s wearing. He’s got a little splash of the 80s in there too, but he’s heavily influence by the 70s this year. Rhenzy [Feliz] can really pull it off. 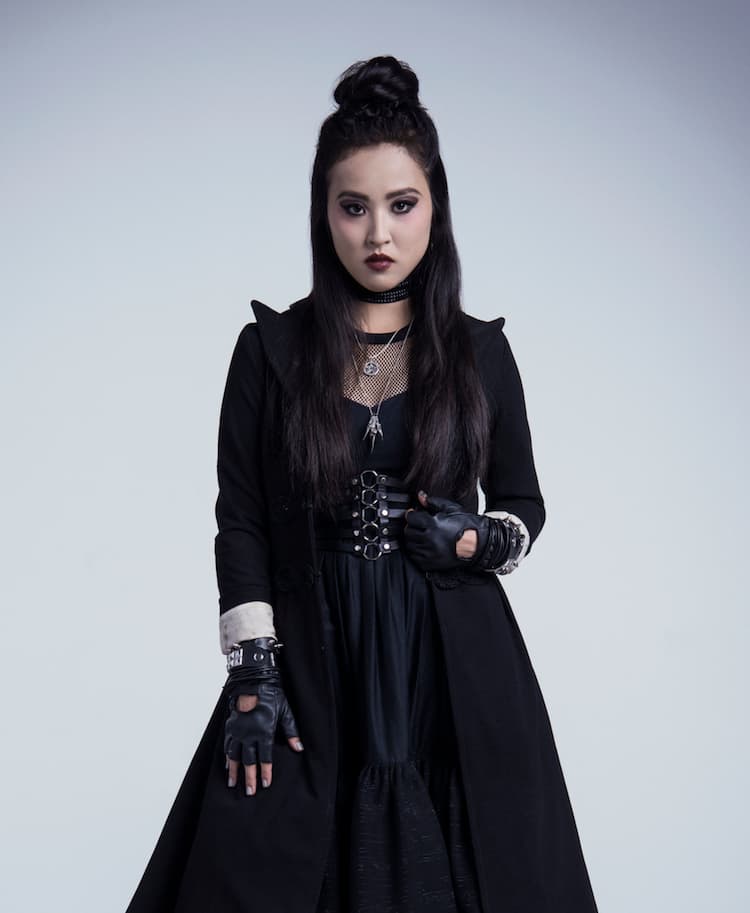 Then, we have Nico who is our goth witch. In the comics, she has some menswear-inspired looks. She also has some things that look really Victorian. I pulled from the 20s but also kind of like 80s punk and a little bit of mod. She has so many great eras that you can reference for her.

If you’re looking for Nico: 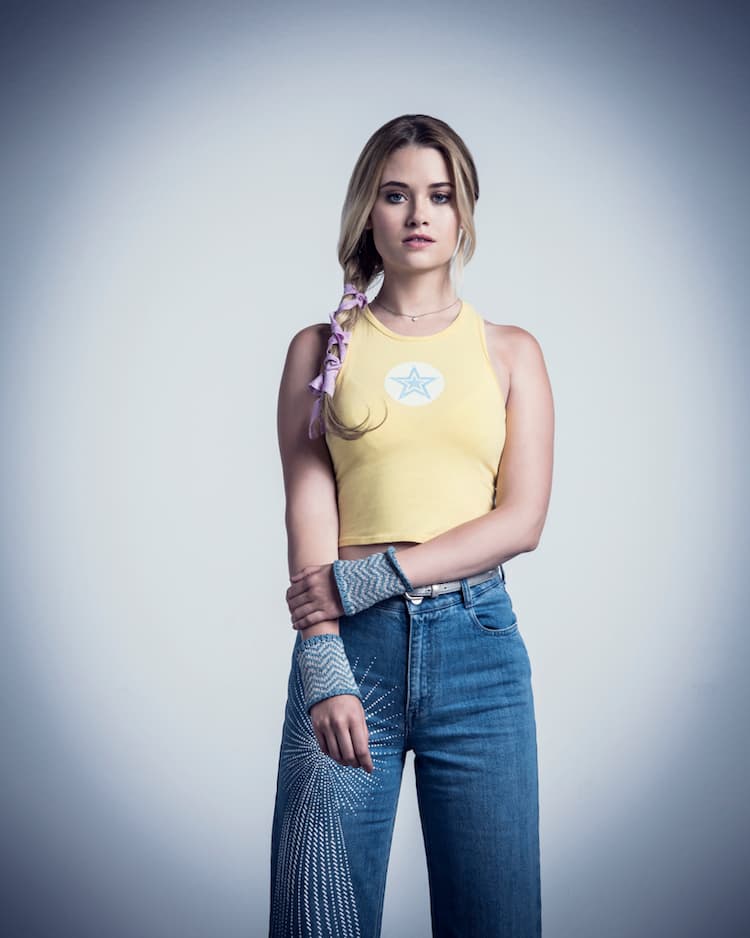 For Karolina, when you go into a thrift store, look for: 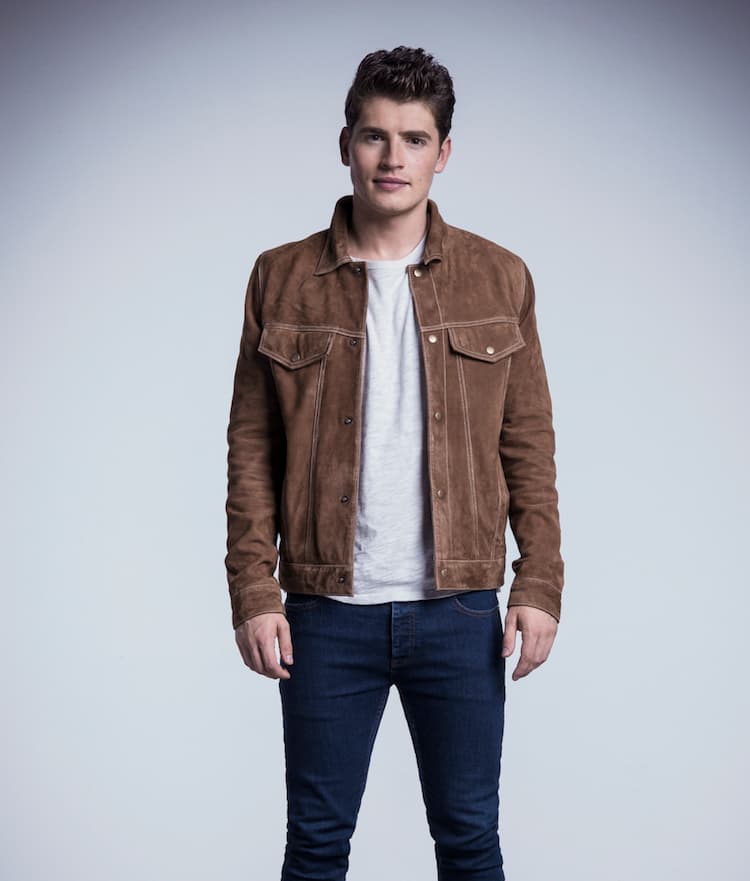 Chase goes from being our preppy jock to being kind of rugged and a little bit military-inspired this season. A lot of cargo pants. He has this really amazing set of coveralls, mechanic’s coveralls that he wears when he’s working on the car. His stuff is definitely a lot more distressed and rugged. It’s really fun to see that contrast from old Chase, who was so clean-cut and preppy.

Samantha recommends hitting up your Army or Navy store: 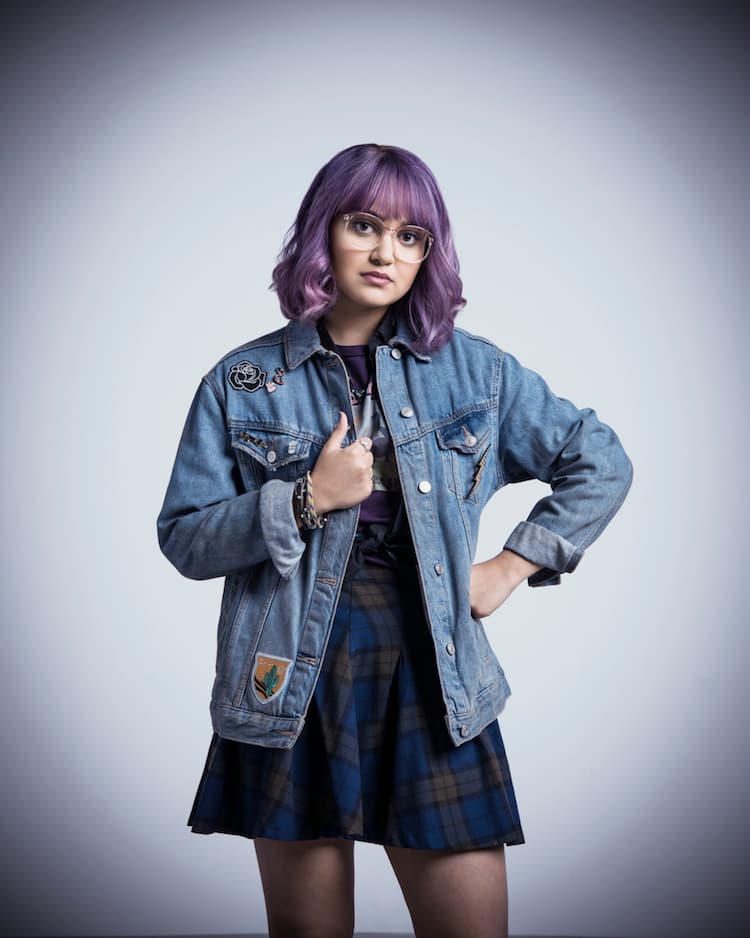 And then we have Gert. Love me some Gert. She mixes a lot of color and texture. She’s got a little bit of a 50s feel, but then also heavily influence by the 80s and 90s as well. She’s got this great punk rock jacket that she finds in the house this season that we bought a vintage/old men's motorcycle jacket. I painted it myself and made some buttons for it, kind of made it unique for her.  The back of the jacket reads “bite the hand that feeds."

For Gert, be sure to snag some: 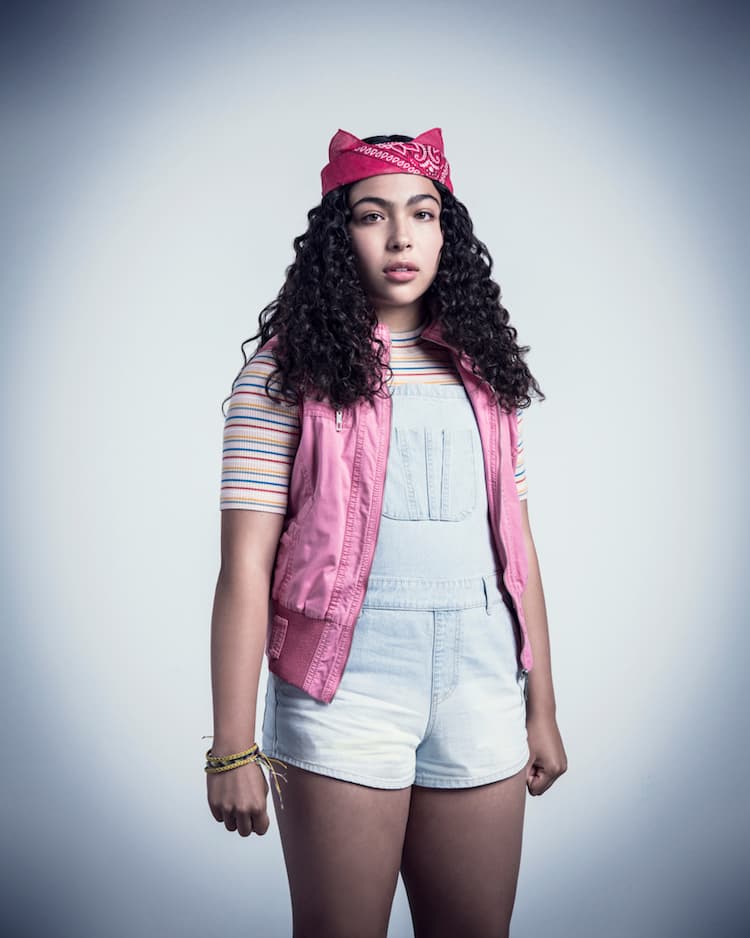 Molly—she’s kind of a little bit of a tomboy, a little sporty. We made her this really sweet 80s-inspired tracksuit this season that she wears when she’s doing some vigilante justice. She also has a really amazing cat hat that we made this year that looks like she took a beanie and cut some eyeholes out of it. A super hero mask of sorts. She’s also a little more 80s/90s in her vibe. A lot of old school Reeboks and fun stuff like that. Love Molly in some overalls.

For Molly, you can’t go wrong with:

Tweet us your "Marvel's Runaways" looks using the hashtag #MarvelsRunaways!

'Marvel's Runaways' Season 2 Primer — Where We Left Off: Pride

'Marvel's Runaways' Season 2 Primer — Where We Left Off: The Runaways

'Marvel's Runaways' — Romance and Relationships By the Numbers

Watch Season 2 December 21 only on Hulu!