It's an Event-Sized Episode of 'Marvel Presents: The World's Greatest Book Club with Paul Scheer' in Celebration of 'Empyre'

Paul Scheer and Steve Wacker are joined by Anthony Carboni of 'The Star Wars Show'!

Time for a new episode of Marvel Presents: The World's Greatest Book Club with Paul Scheer -- and this one, Marvelites, is super-sized! Why? Because there's a new Marvel comic event in our midst, and EMPYRE deserves no less than a big celebration with hosts Paul Scheer and Steve Wacker! Paul and Steve are joined by guest Anthony Carboni (The Star Wars Show) for a calamitous conversation about other notable Marvel events.

But first -- EMPYRE! Steve provided an inside look at the creation of the intergalactic conflict and what Marvel fans can expect:

“What [writers Al Ewing and Dan Slott] definitely wanted to get away from was making it a [Fantastic Four] versus the Avengers, yet another story where friends fight each other and try to kill each other. Much like this show.”

He went on to predict the lasting effects of EMPYRE on the Marvel Universe:

“There are some big changes coming, and I think when we’re in our sweet spot is when we at Marvel are a little nervous about how the fans are going to react. It’s our job to put them through the ringer, to put them through hell. I think EMPYRE is not the story at the beginning that you think it is.”

Also – find out what Steve remembers story ideas from past creative summits that turned out way better than they did in the pitch!

The best part is that while you won't have to wait long for EMPYRE -- EMPYRE #1 goes on sale next week! -- you can read these great Marvel events right now on Marvel Unlimited!

Anthony: “The whole thing is so clever in the way it uses your knowledge of Marvel as a fan.” Plus: The mystery of Miles Morales’ cheeseburger – where was he keeping it????

Anthony: “Is this where we got Disco Beyonder?”
Answer: Yes.

This is the series that includes the scene where Peter Parker teaches the newly human-formed Beyonder how to use a toilet. 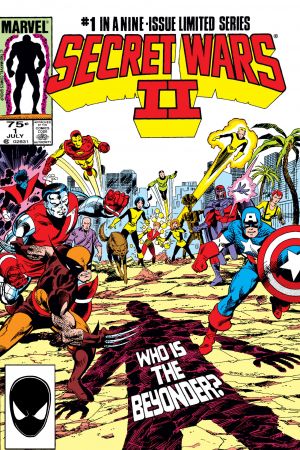 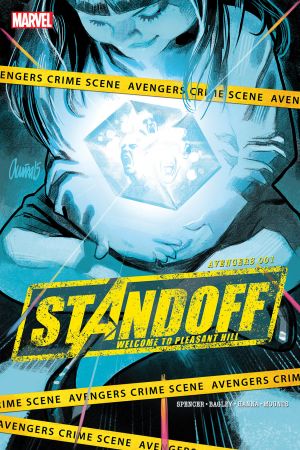 Check out the full video above, and read these comics and so many more on Marvel Unlimited. And stay tuned to Marvel.com for more mirth!

The History of She-Hulk and Titania

Get to the bottom of the longtime rivalry between Jennifer Walters and Mary MacPherran!