With Marvel celebrating its 80th anniversary this year – and to scratch my own history and research itches – every week I’m digging through a whole host of important dates and details for a special segment of This Week in Marvel called… (wait for it) … This Week in Marvel History! Important comics, storylines, character appearances and moments, real world releases and special Marvel milestones—it’s all part of TWIMH! Here are just a few Marvel History notes for the week of August 2-8!

1962: Loki made his magnificent, mischievous first appearance in JOURNEY INTO MYSTERY #85. In this story, we find Loki trapped within a tree as punishment from the Asgardians. He makes a leaf drop while Heimdall is walking by said tree, causing Heimdall to shed a tear, freeing Loki. Naturally! Then, Loki causes mayhem on Earth, kicking off the adventures of one of Marvel’s greatest characters! This issue can also be credited with the first appearances of Heimdall, Odin, Balder, and Asgard, though they don’t get major spotlights just yet.

1962: FANTASTIC FOUR ANNUAL #4 by Stan Lee and Jack Kirby introduced the villainous Quasimodo and gave us the Silver Age debut of Jim Hammond AKA the original Human Torch, who isn’t a human at all, but a sentient android who debuted in the one and only MARVEL COMICS #1.

1983: Quick update/correction: We originally noted July 12, 1983 as the date for Beta Ray Bill debuting in THOR #337, the first issue written by Walter Simonson. But that was the shipping date. It hit newsstands on August 2! It’s still the beginning of one of the greatest runs in comic book history!

1994: Blink and Skin debuted in UNCANNY X-MEN #317 by Scott Lobdell and Joe Madureira. Skin has… stretchy skin! But Blink is truly one of the gems of mid ‘90s X-Men. And while she, with her cool pink hair and rad teleportation powers, debuted here, she’d unfortunately die in the next part of the “Phalanx Covenant” in X-MEN #37, released two weeks after this issue. The Age of Apocalypse would wash over mutantkind in just a few months, though, and Blink was a big star who went on to become a fan-favorite character. She’d return to comics years later and the world would be much better for it.

1965: You like animals? You like men? How about the Ani-Men?! They debut in DAREDEVIL #10 by Wally Wood. The original Ani-Men were Ape-Man, Bird-Man, Cat-Man, and Frog-Man!

1993: Mar-Vell’s son Genis-Vell debuted as Legacy in SILVER SURFER ANNUAL #6. While he started out as a pony-tailed, new-fangled ‘90s version of Captain Marvel, Genis evolved into a really interesting character struggling with identity, humanity, relationships, power, and legacy -- who stole Monica Rambeau’s name TWICE. Give the Peter David series a go if you get the chance!

1964: The Purple Man AKA Zebediah Killgrave, one of the most sinister and disturbing villains in Marvel history, made his first appearance in DAREDEVIL #4.

The Mountain Giants debuted in the “Tales of Asgard” section of JOURNEY INTO MYSTERY #109.

1981: AVENGERS ANNUAL #10 by Chris Claremont and Michael Golden was released. It’s a hugely important and influential issue, because it not only features the first appearance of Rogue, but it’s also a major turning point for Carol Danvers. While it’s not shown in the issue, the story picks up shortly after Rogue uses her powers to absorb Carol’s powers, abilities, and memories. It nearly destroys Carol, who is saved thanks to her friends Spider-Woman and the X-Men. The Avengers battled Rogue and the Brotherhood of Mutants, but has a very somber ending as Carol opens up about the pain, sadness, frustration, and feelings of betrayal she feels towards the Avengers. It’s a must-read if you’re a Rogue, Captain Marvel, or Marvel Comics fan.

1969: THOR #169 by Stan Lee and Jack Kirby features the first origin of Galactus, along with first appearance of big G’s home of Taa and his true original name, Galan. It’s also a magnificently beautiful issue, with Kirby’s art at the height of his powers. 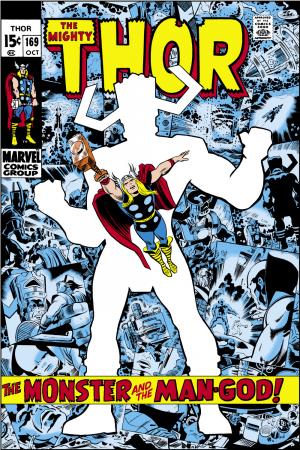 On the same day, Sting-Ray made his first splash in the pages of SUB-MARINER #19. Walter Newell debuted a few years prior, but this is his Super Hero debut. Fun fact: Sting-Ray’s brother-in-law is the aquatic villain Tiger Shark!

1990: Living Lightning AKA Miguel Santos first appeared in AVENGERS WEST COAST #63. While he had a brief time as a bad guy, Lightning later joined the Avengers and was even a core character in the recent “Avengers: No Surrender” storyline.

1996: ONSLAAAUUUUUGHT! Thor, Captain America, Iron Man, the Fantastic Four, and the Avengers sacrificed themselves to stop Onslaught in ONSLAUGHT: MARVEL UNIVERSE by Mark Waid and Adam Kubert. They’d re-emerge the next month in the Heroes Reborn titles. 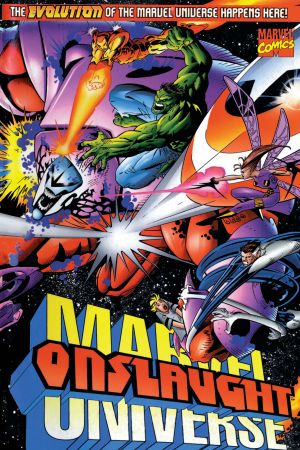 1961: Arguably, the most important issue in Marvel Comics history is released—STRANGE TALES #90, the debut of Orggo by Stan Lee and Jack Kirby!!! Wait, no. It was a different issue released that day…

FANTASTIC FOUR #1 by Stan and Jack rocketed into existence like a ship carrying four adventurers bombarded by cosmic rays! This issue, featuring the first appearance of the Fantastic Four and the Mole Man, sparked the birth of the Marvel Age of comics and truly changed the landscape of pop culture.

AMAZING SPIDER-MAN #6 by Stan Lee and Steve Ditko introduces the Lizard AKA Curt Connors and his family. 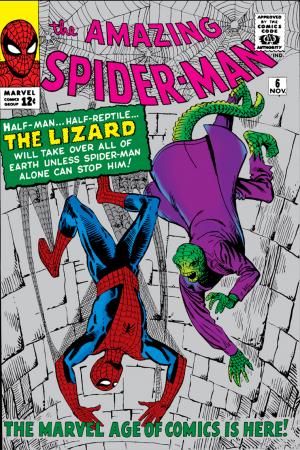 Molecule Man, one of the most powerful (and bullied) characters in the Marvel Universe, debuts in FANTASTIC FOUR #20 by Stan Lee and Jack Kirby.

Captain America returns to the Marvel Universe in a Human Torch story within STRANGE TALES #114 by Stan Lee and Jack Kirby! But it’s not really Captain America, it’s in fact one of Human Torch’s enemies, the Acrobat, who was impersonating Captain America. At this point, the real Cap was still in suspended animation, and wouldn’t be found by the Avengers until AVENGERS #4, which was released in January 1964.

1968: Behold… the Vision! One of longest-tenured and most important members of the Avengers, the synthezoid Vision made his first appearance in AVENGERS #57 by Roy Thomas and John Buscema. Created by Ultron and sent to kill the Avengers, Viz turns on his maker and helps defeat the malevolent droid. Fun fact: ish #58 contains the story “Even an Android Can Cry,” and it’s one of Lorraine’s all-time faves.