A Message For PRIDE From 'Marvel's Runaways'

Heading to NYCC? See the cast on Friday 10/5 at Madison Square Garden!

A message for PRIDE from "Marvel's Runaways": We're never coming home. Take a look at the carousel above and see what each Runaway has to say to their parents. Don't believe their lies. We know the truth.

The second season of the acclaimed Hulu original series will premiere all 13 episodes on December 21.

If you're heading to New York Comic Con, "Marvel’s Runaways" is headed to Madison Square Garden, for the very first time, with an action-packed panel, Q&A and never-before-seen-footage. Join Jeph Loeb, Head of Marvel Television, along with the cast and executive producer, as they let you in on what’s to come for the highly-anticipated Season Two of the Hulu Original Series, Marvel’s Runaways. You won’t want to miss this fun-filled event! Head to the Hulu Theater at Madison Square Garden for the "Marvel's Runaways" NYCC panel on Friday, October 5 at 2:00pm!

Don't forget to drop by the Marvel booth #1354 at New York Comic Con to receive a free copy of this exclusive poster, while supplies last. 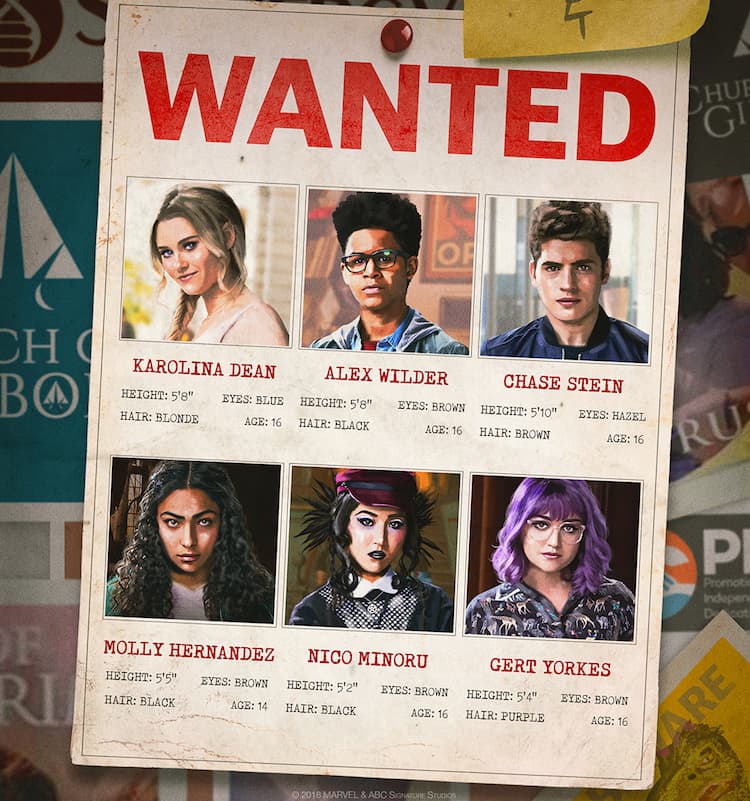 'Marvel's Runaways' Season 2 Primer — Where We Left Off: Pride

'Marvel's Runaways' Season 2 Primer — Where We Left Off: The Runaways

'Marvel's Runaways' — Romance and Relationships By the Numbers

Watch Season 2 December 21 only on Hulu!