The Universe is expanding.

During The Walt Disney Company's Q1 FY20 Earnings call, Bob Iger, Chairman and Chief Executive Officer commented that the launch of Disney+ has been "enormously successful" with over 28.6 million subscribers to date.

On the call, Iger also revealed release dates for two of Marvel Studios' highly-anticipated series: The Falcon and The Winter Soldier (August 2020) and WandaVision (December 2020), which saw its first broadcast spotlight over the weekend during the Big Game, for later this year.

Marvel Studios' The Falcon and The Winter Soldier will debut on the streaming service in August. Following the events of Avengers: Endgame, Sam Wilson/Falcon (Anthony Mackie) and Bucky Barnes/Winter Soldier (Sebastian Stan) team up in a global adventure that tests their abilities—and their patience. The series welcomes the return of Emily VanCamp as Sharon Carter and Daniel Brühl as the villain, Zemo, plus the addition of Wyatt Russell who will be playing John Walker, a character that most comic book fans will recognize. The all-new series is directed by Kari Skogland; Malcolm Spellman is the head writer. Debuts on Disney+ this fall.

While Marvel Studios' WandaVision will land on Disney+ in December. This series blends the style of classic sitcoms with the Marvel Cinematic Universe in which Wanda Maximoff (Elizabeth Olsen) and Vision (Paul Bettany)—two super-powered beings living their ideal suburban lives—begin to suspect that everything is not as it seems. Costarring with Olsen and Bettany is Teyonah Parris, whom Kevin Feige revealed during San Diego Comic-Con 2019 would be playing the adult Monica Rambeau, who was introduced as a child in Marvel Studios' Captain Marvel. As discovered at D23 2019, WandaVision will see Kat Dennings, as seen as Darcy in Marvel Studios' Thor and Thor: The Dark World; Randall Park, who played Agent Jimmy Woo in Ant-Man and The Wasp; and Kathyrn Hahn, who will play a new character. The new series is directed by Matt Shakman; Jac Schaeffer is head writer.

Disney+ is the dedicated streaming home for movies and shows from Disney, Pixar, Marvel, Star Wars, National Geographic, and more. From The Walt Disney Company’s Direct-to-Consumer and International segment, Disney+ is available on most internet-connected devices and offers commercial-free programming with a variety of original feature-length films, documentaries, live-action and animated series and short-form content. Alongside unprecedented access to Disney’s incredible library of film and television entertainment, the service is also the exclusive streaming home for the latest releases from The Walt Disney Studios. Visit DisneyPlus.com to subscribe and/or learn more about the service.

Earn Points, Get RewardsJoin NOW!
In this article: Disney+, The Falcon and The Winter Soldier, WandaVision 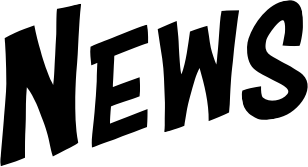 Try the new 'The Falcon and the Winter Soldier' AR experience now!

The Falcon and The Winter Soldier - Special Look Featurette - Precision

Star Wyatt Russell and the filmmakers give us a glimpse into the latest character to join the Marvel Cinematic Universe!

People have to believe in whatever we’re doing to support this; stream the latest episode on Disney+ now.