Disney+: Production Underway on Marvel Studios’ ‘The Falcon and The Winter Soldier'

Sebastian Stan and Anthony Mackie shared the news on Instagram!

Production for the first Marvel Studios Disney+ series, The Falcon and The Winter Soldier, is officially underway as the duo shared live from set. 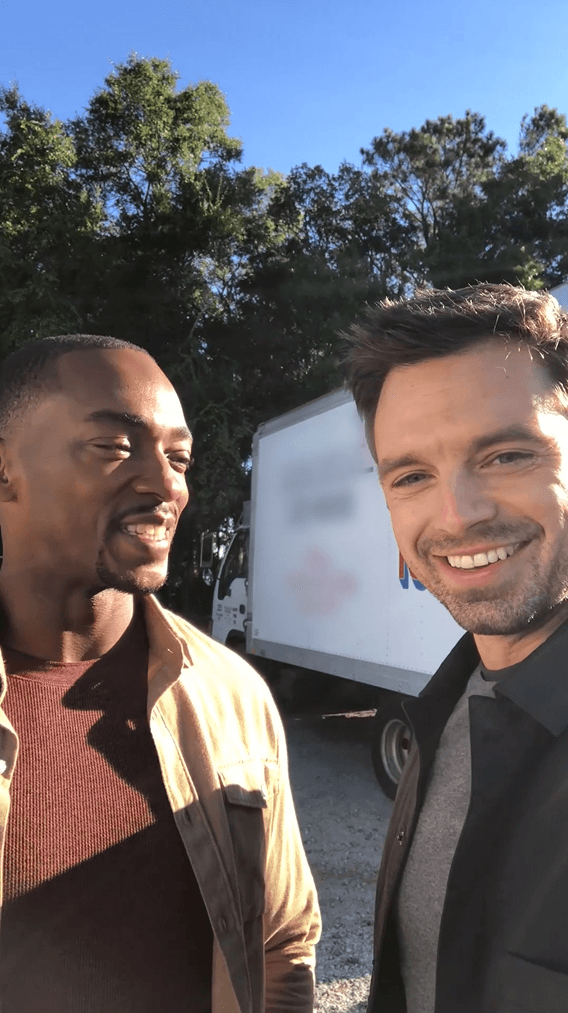 The series was announced earlier this year during San Diego Comic-Con. Then during D23 Expo, we received word on more details of the series when Mackie and Stan appeared on stage to talk with director Kari Skogland, head writer Malcom Spellman and Head of Marvel Studios' Kevin Feige about the upcoming streaming series.

Emily VanCamp surprised the audience in attendance, revealing she'll be reprising her role as Sharon Carter. The surprises didn't stop as fans met Wyatt Russell, who will be playing John Walker, a character that most comic book fans will recognize.

Marvel Studios' 'The Falcon and The Winter Soldier' will launch on Disney+ in 2020.

Disney+ launches in the U.S. on November 12, 2019. Sign up for updates about Disney+, the ultimate streaming destination for movies and shows from Disney, Pixar, Marvel, Star Wars, National Geographic, and more!

As seen in the Marvel Studios series, now streaming on Disney+!

The Marvel Studios series is now streaming on Disney+!

The Marvel Studios series is now streaming on Disney+!