7 Comics to Read After Watching ‘Spider-Woman’ on Disney+

If you liked watching the ’70s cartoon, read these comics on Marvel Unlimited!

When it comes to dynamic, complex characters, they don't come much better than Spider-Woman: Jessica Drew. Over the course of her 40-plus-year career as a costumed character, she's played both sides of the field, been replaced by an alien queen and saved the world more than her fair share of times!

She also made history in 1979 when she became the first solo female Super Hero to star in her own cartoon series! ‘Spider-Woman’ may have lasted only one season, but it made its impact and can now be seen on Disney+ in full!

The cartoon definitely took a variety of turns from the comic book source material, but there are still plenty of great comics you can read on Marvel Unlimited if the show stoked your fire for all things Jessica Drew!

While the animated Spider-Woman faced off against alien mummies in the first episode of her series, her comic book counterpart was breaking into a S.H.I.E.L.D. facility on behalf of Hydra in MARVEL SPOTLIGHT (1971) #32! The issue briefly explained that she had no memory of her past, but agreed to Hydra training after they saved her from an angry mob. She eventually became Spider-Woman and started a relationship with a fellow agent known as Jared, all the while thinking she was working for good instead of evil. Enraged, she flew off to attack Hydra, incidentally leading S.H.I.E.L.D. right to the facility. While they cleaned up the base, Spider-Woman learned that she'd really been the production of the High Evolutionary! Confused, she found herself free to make her own life once more.

The ‘Spider-Woman’ opening credits give a brief recap of the hero's origin noting that, as a girl, Jessica Drew was bitten by a poisonous arachnid. To save her, Dr. Drew administered a serum that both cured her and gave her incredible powers! Viewers got an expanded version of this in the episode "Spider-Woman and the Fly" that showed her developing her abilities. Meanwhile, the four-color Drew's backstory got more complicated over the years, but a 2005 limited series called SPIDER-WOMAN: ORIGIN looked to clear things up! 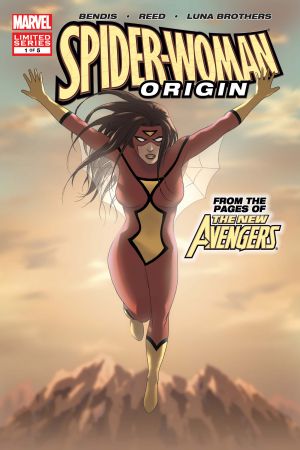 "The Lost Continent" featured a prehistoric island complete with cave folks and dinosaurs. If you're looking for some of that in comic book form, do yourself a favor and give NEW AVENGERS (2004) #4-6 a read! The newly formed team followed a lead to the Savage Land. Instead of tangling with a mad scientist and an army of jet plane-flying cavemen as in the cartoon, they found themselves contending with a ticked off Wolverine, the mad mutant known as Sauron, and rogue S.H.I.E.L.D. agents mining Vibranium! This arc not only set up Spider-Woman as a full-fledged Avenger, but led to some of her most action-packed and intriguing appearances!

The fifth episode of ‘Spider-Woman’ featured our hero matching wits with none other than renowned crime boss the Kingpin! During SECRET EMPIRE, the event that saw the world taken over by a copy of Captain America raised by Hydra, Spider-Woman actually teamed up with Wilson Fisk, Doctor Strange, Daredevil and Phil Urich to keep people safe. One of Hydra Cap's plans involved putting a mystical dark dome around Manhattan and its myriad of heroes, sending waves of demons and monsters for them to contend with all overseen by Baron Mordo. In DOCTOR STRANGE (2015) #21-24, the group managed to topple Mordo and his machinations! For more mystical Spider-Woman adventures, give STRIKEFORCE (2019) a read when it's on Marvel Unlimited! 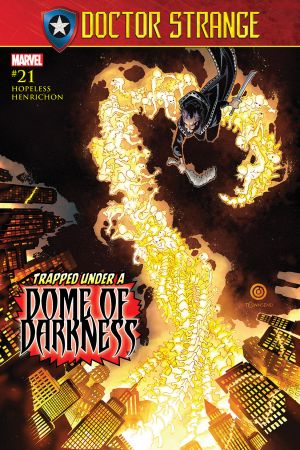 From the very beginning of the cartoon, Spider-Man made several appearances working alongside his female counterpart. However, the two arachnid-themed do-gooders didn't actually meet on the page until SPIDER-WOMAN (1978) #20! At the time, she lived in L.A., so Spidey only got a face-to-face with her when Peter Parker got sent westward on assignment. Jessica had recently been fired from her job at the Hatros Institute and not paid for the previous weeks' work. She snuck in and took it, but felt bad and went to return the cash which pinged Parker's Spidey-sense! She zapped him, but he gave chase and the two finally met, though neither had even heard of the other! They chased each other around town a bit, fighting along the way, but eventually made friends when Drew explained her situation. Parker didn't have much time to think about it because he had to run back to his photography gig! Years later, they would become teammates in NEW AVENGERS. 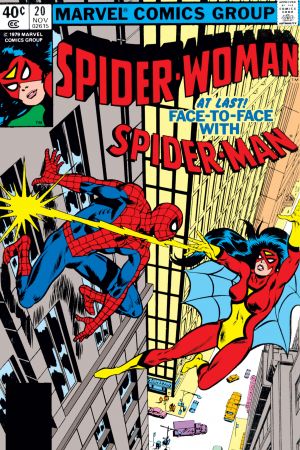 Even without direct connections between the show and the comics, you can still see plenty of echoes between the two. For instance, Jessica was replaced by a robot double in "Games of Doom." She also encountered more than her fair share of aliens. Put those two elements together and comic fans will think of the SECRET INVASION story! This epic revolved around shape-shifting Skrulls infiltrating Earth with nearly impossible-to-spot copies! Spider-Woman wound up being one of the more high-profile switch outs. To see who took her place and how, be sure to read NEW AVENGERS (2004) #40 and issue #42 along with the SECRET INVASION series itself!

In "Dracula's Revenge," the series star took on the Lord of the Vampires as well as a werewolf and Frankenstein's Monster! Sequential Spider-Woman is no stranger to supernatural foes, but she's actually run into another monstrous force a number of times: Werewolf by Night! The two encountered each other three times during the first SPIDER-WOMAN series. They met in issue #6 after she accidentally freed him during his transformation process. In issue #19, the spider saved the wolf from the Enforcer, and then the two fought thanks to Dr. Karl Malus in issue #32—though they eventually broke the programming and went after the villain instead of each other!

That’s it for the comics roundup! Read these stories in Marvel Unlimited today, along with 27,000+ comics starring your favorite heroes. Tell us which of these comics you’ll be reading at @MarvelUnlimited. And remember to stay posted to our Twitter and Facebook for more weekly announcements and updates!