First off, True Believers, let’s just take a moment to savor the gorgeous Giuseppe Camuncoli cover for next week's brand-spanking-new GUARDIANS OF THE GALAXY ANNUAL #1...

What a beauty! And who’s that we see front-and-center? Doggone it, that’s none other than Cosmo the Spacedog and…you can probably guess where this is headed, huh?

Buckle in, bunky, ‘cause we’re about to jump like fleas all over the poochy particulars of Cosmo, and hey, who knows? If this goes well—or at least slightly better’n we thought it would—we may do a whole month of amazing animals!

Not only that, but he’s a cosmonaut to boot! Seems that wayyyy back in the 1960s (if you remember ‘em, you weren’t really there), the Soviet regime in Russia launched poor ol’ Cosmo into space and then lost him. Sounds sad, we know, but buck up, kids, 'cause Cosmo made it through okay—and boy did he!

As his spacecraft moved farther away from the Big Blue Marble we call Earth, those pesky cosmic rays—hmm, sounds familiar—streaked through him and his doggy duds and endowed him with potent powers. Sure, we know how it looks on paper, but believe us when we say that crazier, perhaps even more fantastic things have happened.

So, Cosmo gained not only enhanced senses like sight and hearing, not too mention a better tasting tongue—eww!—but also, get this...mental abilities! Now he exhibits telepathy and telekinesis—that means he can read your mind and move things around with his—and can even shoot out snazzy force fields. 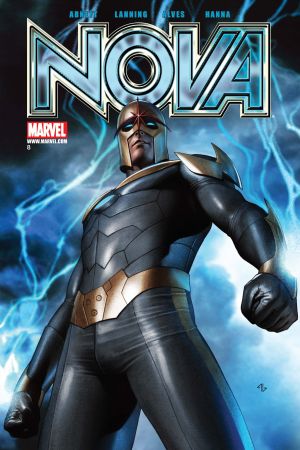 Didja Know… Cosmo has a job?

Here’s a part of his story we love… Cosmo ended up on Knowhere, that big ol’ hunk o’ rock at the end of the universe, and became its security chief. How? Who knows? Isn’t this the Marvel Age of Not Asking Silly Questions? Just lean back and enjoy it, Larry!

So, anyway, as head of security there, Cosmo ran into Rich Ryder, AKA Nova, in NOVA #8 and embarked—see what we did there?—on an adventure with him…into the cosmos. They bumped heads with Suspensor and zombies and even met Gamora and Drax from the Guardians of the Galaxy—write that down, it’s important, and…wait, we need a whole new paragraph for this next bit.

Cosmo hid all the citizens of Knowhere in his collar. The way we understand it, he folded them down into a little, tiny pocket dimension-thingie and stuffed him in his suit collar to protect them. What a good dog! He’s a good dog! 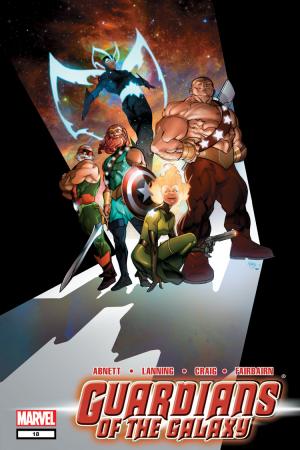 Didja Know… Cosmo once returned to puppyhood and then died?

Okay, then they met that future’s own Guardians of the Galaxy and, well, as these things transpire, hilarity ensued. The time travel didn’t agree with them and like a bad case of indigestion the timestream burped them all up…at different ages. Thus, our pal Cosmo was practically a puppy again. A Soviet puppy. In a spacesuit. One that talks. The dog, not the spacesuit.

Long story short, ‘cause we’re runnin’ out of time here, they found Vic Von Doom’s time machine in the basement of Avengers Mansion and zoomed off to another adventure where Adam Warlock’s evil double the Magus killed Cosmo and some of the others in GUARDIANS OF THE GALAXY #19. Did he get better? Well, we’ve come full circle, Charlie, ‘cause all you gotta do is feast your peepers again on that amazing Annual cover and bark three times…

Peruse these eye-poppin' publications with Marvel Unlimited right now! Then visit your local comic shop to read GUARDIANS OF THE GALAXY ANNUAL #1 on Wednesday, June 5!

With over 110+ award nominations. 'Marvel's Guardians of the Galaxy' receives praise everywhere with 67 total wins!

Find out all you need to know about the brand-new game, then play today!

Plus, get a behind-the-scenes look at the making of the game from WeRateDogs!