Didja Know... The Strange Saga of the Swordsman

So, the swashbuckling Swordsman’s back on everyone’s radar and count us among his significantly select sect of sycophants—which is a weird and wonderful way to say we dig him the most! Why? ‘Cause he’s got one of the strangest stories in the whole blamed Marvel Universe, bunky!

Still askin’ why? Okay, how about three good reasons why? Buckle on your sword and get ready for some swashin’, Sammy! Here comes the Swordsman!

Didja Know… the Swordsman’s the guy who trained Hawkeye?

Way back when young Clint Barton was just starting out, long before he became the Avengers’ amazing archer, he joined a carnival and was taken under the wing of a dude named DuQuesne—Jacques DuQuesne to be precise. And, as the song says, that’s when all the trouble began.

See, as we learned in the pages of AVENGERS (1963) #19, Clint learned a lot from the older man about weapons and how to handle them and, yeah, archery skills. That was all fine and good...until his mentor turned out to be a criminal creep who stole the carnival’s cash and hightailed it to the hills, leaving Barton befuddled and not a bit bemused! 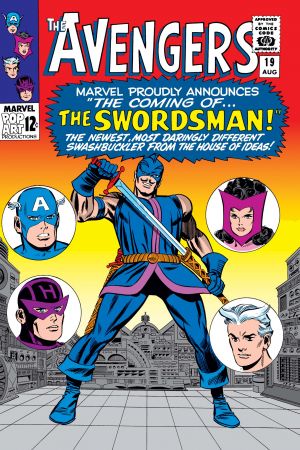 Now, Clint went onto become Hawkeye and join the Avengers, but DuQuesne became the sinister Swordsman and tried to join Earth’s Mightiest Heroes as a way to avoid the authorities, which is a pretty wacky plan, you must admit. Anyway, the Swordsman got all involved with the malevolent Mandarin in AVENGERS (1963) #20 and though he showed a little backbone at the end of that tale, Hawkeye still counted him as a big ol’ bad guy.

Didja Know… the Swordsman sacrificed his life to save his lady love?

Remember we said to buckle on your sword, kids? Well, buckle it up tight ‘cause things will be wavy and weirder from here on out. The story of the Swordsman opened up big and wide in AVENGERS (1963) #129 and GIANT-SIZE AVENGERS (1974) #2 to encompass a cosmic concept called the Celestial Madonna. 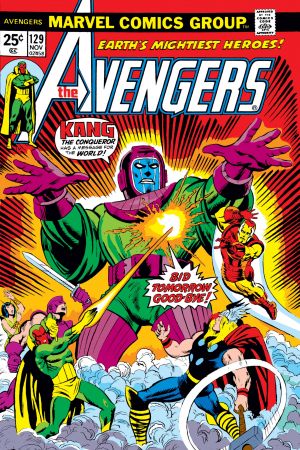 By the time of those issues, DuQuesne was a sort-of off-again-on-again hero who’d fallen head-over-heels for a martial arts mistress by the moniker of Mantis…who unbeknownst to anyone around her was the so-called Celestial Madonna. Kang the Conqueror suspected it and when he kidnapped her and two other ladies he also suspected, the Swordsman went after him and to his doom.

When everything finally hit the whirling blades for Kang—get it? Blades? Swordsman?—he pulled one of those classic “If I can’t have her no one will!” deals and tried to kill Mantis. Well, folks, the Swordsman by then had finally grown a crazy conscience and stepped his purple self into the path of the blast and paid the ultimate price. He died a hero, which surprised everyone, Avengers and otherwise.

Didja Know… the Swordsman came back as a walking talking plant to get married?

We warned you about the weird, didn’t we? Sit back now and let us turn it up to eleven as we tell you all about a green, glowing Swordsman and his wedding day…

You see where we’re going with this, Effendi? Yep, the Cotati entered the body of the Swordsman to profess his love for Mantis, propose marriage, and live happily ever after with his Celestial Madonna, and he did! In a double wedding alongside the Vision and the Scarlet Witch and performed by Immortus, the two crazy kids got hitched, transformed into energy, and left Earth behind to run off and have a kid of their own. And if that’s not love, well, then we don’t know Irving Forbush from an armadillo. Au revoir!

The best presents come with a bow.

You’re probably thinking, ‘What? This is crazy!’