Hey, True Believers, guess what? We’re still in a mood for monsters! You wolfed up our recent waggin’ of the tail over the Werewolf by Night, so this time we thought we’d continue with the creatures of the night and zing ya with some zany zips about…the Zombie!

Shamble on over to a stool and sit right down to here a few stories of Simon Garth, the crumbliest cat you’ll ever call for the creeps!

Didja Know… the Zombie first appeared in the 1950s?

If you know anything about our dear, desiccated daddy-o, you know he took part in Marvel’s monster mash of the early 1970s…right? Wrong! He first rose from the grave many years before that—20 in fact! How so? Read on!

Back when Marvel was Atlas Comics, editor Stan Lee published a little macabre mag with the moniker of MENACE, and in the fifth ish—that’d be 1953 if you’re keeping tabs—he and artist Bill Everett unleashed a delightful ditty called “Zombie!” It told of this guy named Simon Garth who just happened to be one of the undead and his trials and tribulations under the yoke of a big joke who used to be his gardener…and then the story was mostly forgotten.

Flash forward to the scintillating '70s and "Rascally" Roy Thomas’ revival of said Simon! In a big ol’ mag titled TALES OF THE ZOMBIE—in 1973 if you’re still keeping tabs—Thomas penned a tale that happened before the 1953 story that told of how Garth dug his own grave and became zombified in the process. And here’s the kicker, then the Rascally One gave groovy Steve "Baby" Gerber the assignment to pick up right after the 1953 tale to continue the Zombie’s zany antics! Who says it wasn’t the Marvel Age of Retroactive Continuity, eh? 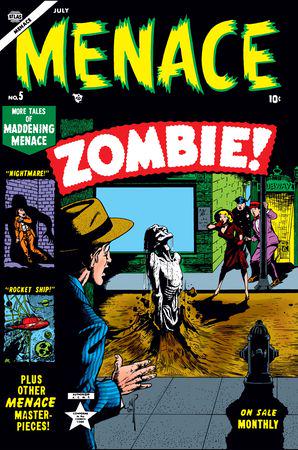 Didja Know… the Zombie attended his own daughter’s wedding?

Yep, that lil’ ol’ stinker—yikes, we ain’t kiddin’!—managed it somehow, and here’s how! See, in TALES OF THE ZOMBIE (1973) #9, scribe Steve had relinquished the reins to writer Tony “The Tiger” Isabella who decided to give Garth a break and allow him 24 hours of normal human activity. How'd that work out, you inquire? Keep truckin’, Tiger!

A voodoo queen named Layla laid down her own life to lunch with the loa—that’s a mighty spirit, see—and set up a situation for Simon that gifted him with an entire day as his old regular, rotten self. We say “rotten” because the big dude wasn’t exactly a nice guy in life, and he had a lot to atone for in those 24 hours…and that included seeing his dish of a daughter Donna get hitched.

When the day descended into darkness, the Zombie returned and took care of some business of his own, and then took a dirt nap. That’s right: Isabella tried to give Garth eternal rest, but as things go in the funny books, eternity only lasted about another 20 years. In 1993’s DAREDEVIL ANNUAL #9, the Zombie was zippin’ and zappin’ with undead life again and on a path to becoming a permanent part of the much bigger Marvel Universe… 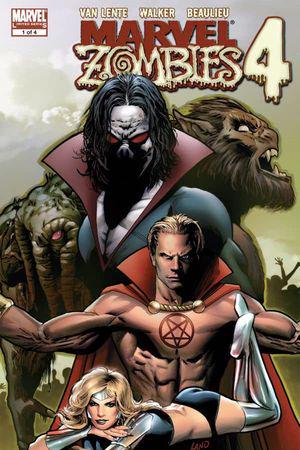 There’ve been so many bustlin’ buddy-duos in the Marvel Universe over the years, like Johnny Storm and Ben Grimm, the Beast and Wonder Man, Wolverine and Spider-Man…but our vote for the greatest of ‘em all goes to Simon Garth and Headpool!

Back in 2009’s MARVEL ZOMBIES 4, Simon Garth stood as the focus of a secret government organization called A.R.M.O.R., the members of which soon discovered that any brush with the Zombie usually meant nothing good. In fact, the zombie plague from the Zombie Universe spelled doom for the A.R.M.O.R. agents and the Zombie slinked out solo with—yeah, you guessed it—the zombified head of the Zombie Deadpool. Don’t ask! Just read on!

Suffice to say, hilarity ensued and readers were treated to a comedy team the likes of which had never before been seen in a Marvel mag. The end result? Well, why don’t you go dig it up and dig the deets yourself? What? Ya want us to spoil everything for ya? G’wan!

The Haunting History of Marvel Zombies

Celebrate Halloween with this retrospective as you read this week's 'Marvel Zombies: Resurrection' #1!