Who is Mister Sinister's squad of mutant troublemakers? See all of this week’s Marvel Unlimited additions here.

New this week on Marvel Unlimited: Bad is the new good in a major debut springing out of the Dawn of X. In HELLIONS (2020) #1 by Zeb Wells, Stephen Segovia, and David Curiel, mutant geneticist and longtime X-foe Mister Sinister assembles a team of “bad egg” mutants, all with their own reasons and agendas for joining mutantkind on the paradisical island-nation of Krakoa. 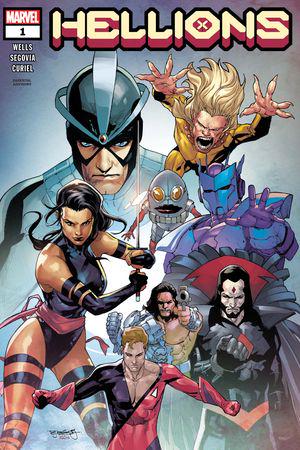 When Krakoa opened their doors to all mutants and forgave all past crimes (here’s to you, Apocalypse), they might have known they’d have to accept some of their worst foes into the fold—but they didn’t plan for what to do with them. Not to worry—Mister Sinister knows exactly what to do with the troublemakers. Meet his new Hellions: Greycrow, Wild Child, Empath, Nanny, Orphan-Maker, Psylocke—and Havok?! Under Sinister’s direction, they are sure to become productive members of mutant society…. right?

Read a bit about each member here, including pivotal comic stories that you can read right now on Marvel Unlimited.

With a name like “Sinister,” you kind of know what you're getting when you deal with the mutant geneticist whose ethics are about as shaky as Rictor's headband. Born Nathaniel Essex in nineteenth century England, Sinister’s obsession with Darwinian theory and science led to his mutated makeover, granting him extended life and psychokinetic/telepathic abilities.

Knowing that they needed his expertise as well as his extensive records of mutant DNA (POWERS OF X #4), Professor Xavier and Magneto approached Mister Sinister to become a member of the new society on Krakoa along with all other mutants on Earth. They also gave him a seat on the Quiet Council, Krakoa’s newly-formed body of government, alongside Exodus and Mystique as the “Winter” representatives. With this appointment came the expectation that Sinister wouldn’t clone mutants anymore. However, in the pages of INCOMING!, Essex figured out a workaround "by making something new by using something old" and targeting Franklin Richards’s unique genome.

Between that and his other machinations, the likelihood of Sinister using the Hellions for his own gain feels almost like an inevitability.

As a longtime X-Men, X-Force, and X-Factor member, Alex "Havok" Summers might seem like a strange addition to the Hellions, but he's had what many would consider a rough go of it lately. His time with the Avengers Unity Squad left him scarred and heartbroken, he remained inverted by the AXIS event, and he looked bad to both the X-Men and the Inhumans when he saved Emma Frost after it became clear that she framed Black Bolt for his brother Cyclops' death. Before being un-inverted, he even tried to boost the mutant population with the Mothervine virus, which did not sit well with many.

You also can't discount Mister Sinister's ever-present fascination with the Summers clan as a reason he might want Alex nearby...

The Hellions' Psylocke might look like the mutant psychic you've followed for years, but she's actually a ruthless assassin known as Kwannon (formerly Revanche) who originally debuted in UNCANNY X-MEN (1963) #256. She served a Japanese crime lord, but nearly died fighting her love, Matsu'o Tsurayaba of the Hand. Left brain-dead, Betsy Braddock's mind was wrested from her and put in Kwannon's body, resulting in a highly trained martial artist with incredible mental abilities. 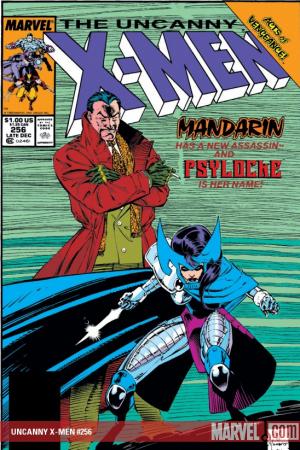 Recently, in HUNT FOR WOLVERINE: MYSTERY IN MADRIPOOR (2018), Betsy recreated her own body which allowed Kwannon to return to her own! With Betsy now the new Captain Britain over in EXCALIBUR, it's up to the renewed Psylocke to continue to find her place in the world. And, in her role with the Hellions, Psylocke will serve as something of a babysitter.

Not unlike Wolverine or Sabretooth, Kyle Gibney was born with heightened senses, strength, reflexes, and speed, as well as healing abilities, sharp teeth, and razor claws. As a kid, he lived on the streets for a time until the Secret Empire captured him and subjected him to horrible experiments. He also appeared briefly in ALPHA FLIGHT (1983) #1 as a member of Gamma Flight before returning in issue #11. 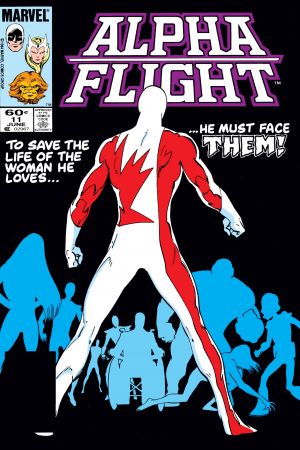 Over the years, he's struggled with his feral nature, which has led to quite a large amount of unwanted blood on his hands. He's also worked for Weapon X, lost his powers, regained them, and wound up on the wrong end of Omega Red's coils. It remains unclear what state Kyle will be in when HELLIONS kicks off...

After making a cameo in UNCANNY X-MEN (1963) #210, Greycrow made his first full appearance in the following issue as the leader of Mister Sinister's Marauders. He then used his regenerative mutant powers, techno-adaptation, and soldiering skills to lead the team on a mission to kill the Morlocks, kicking off the MUTANT MASSACRE.

Sinister cloned him a few times and he served the mad scientist for years, even briefly working for Apocalypse after M-Day. Now it seems as though he's working for Mister Sinister again under mysterious circumstances. His status as a mutant killer will surely make him a point of contention—even among his fellow former villains.

One of Emma Frost's original Hellions, Empath, AKA Manuel de la Rocha, debuted in NEW MUTANTS (1983) #16. He used his ability to read and manipulate minds alongside his team and even survived the attack by Trevor Fitzroy that killed many of his teammates. He still worked with Frost for a while and developed feelings for New Mutant Magma, though they had a troubled relationship (at best) given his power to control people’s thoughts.

Since then, Empath played both sides by working with X-Corporation and later leading the Hellfire Cult for Madelyne Pryor, then going by the name "the Red Queen," which eventually led to him getting locked up by the X-Men. Now that he's back out in the world, what will the morally depraved Empath get up to?

Originally a scientist working on cyborgs, the being now known as Nanny debuted in X-FACTOR (1986) #30 before rebelling against the Right when she discovered 'bots were being used to kill mutants. As a mutant herself, she was unable to defend herself when the Right captured her and placed her inside one of her own machines. Still, she used its weapons and capabilities to break free and do the same for mutant children. 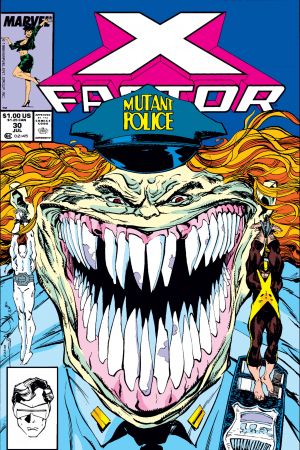 Along the way, she rescued Peter, a huge armored mutant with a child-like mentality who made his first appearance in X-FACTOR (1986) #31. Nanny convinced Peter to kill the parents of mutant children so that they could raise them themselves, a mission that earned him the name Orphan-Maker.

Together Nanny and Orphan-Maker took on the original X-Factor and also the X-Men, especially Scott Summers and Jean Grey. They even briefly imprisoned Havok and Psylocke (when Betsy was in the driver's seat) and both have a history with Mister Sinister, which will likely make their presence with the Hellions… complicated.

See the rest of this week's Marvel Unlimited additions here!