9 'Spider-Man: Into the Spider-Verse' Merch Highlights

Feast your eyes on the Web-Crawlingest arachnid-themed products tying into the animated feature film.

The new animated film "Spider-Man: Into The Spider-Verse" has not only swung into theaters, but also into the hearts and minds of theater-goers!

Thanks to the reality-hopping storyline of the movie, viewers not only got the thrill of watching Peter Parker do his hero thing, but also the likes of Miles Morales, Gwen Stacy, Peni Parker, Spider-Ham, and Spider-Man Noir!

With such a stunning cast of characters, it should come as no surprise that the film has inspired a myriad of different collectible and merchandise options for fans to check out. Here's a handy guide for some of the highlights!

Funko's wildly popular Pop! Line of vinyls has grown to feature a full line of general release and exclusive pieces based on “Spider-Man: Into the Spider-Verse.” Peter, Miles, Gwen, Noir, Green Goblin, The Prowler and a second Miles in his first attempt at a costume make up the standard wave, while a hatless Noir and Spider-Ham are Walgreens exclusives. 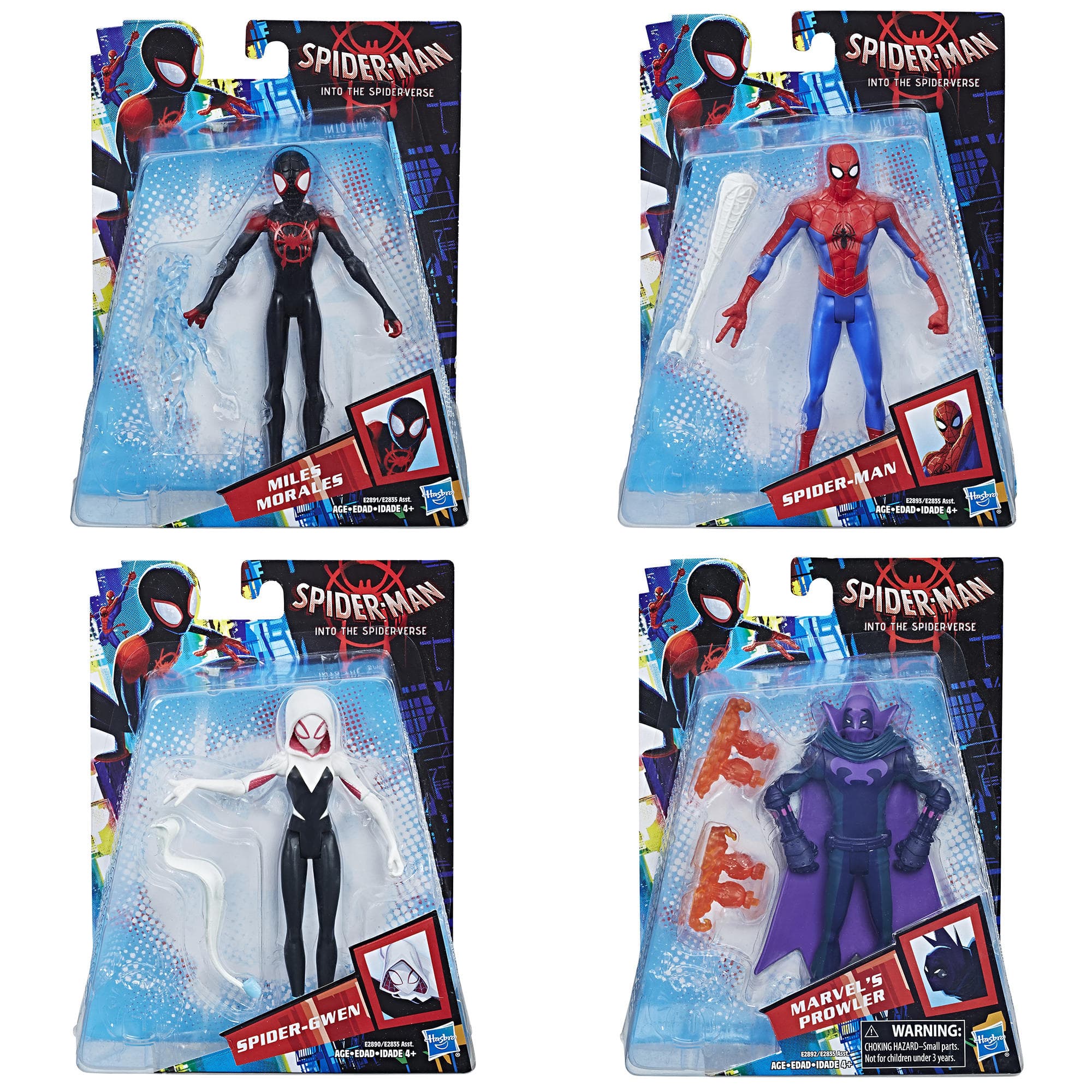 Spidey fans will be delighted to know that Hasbro's has an entire line of “Spider-Man: Into the Spider-Verse” toys for them to get their hands on, including a new action figure series. Spider-Gwen, Miles, Peter and Prowler can be found in the 6-inch format which fit perfectly in the Super Collider playset. Miles can also be found as a foot-tall Titan Hero and a Shock Strike figure!

For fans who gravitate more towards the Marvel Legends 6-inch figures, Hasbro has you covered! Target's exclusive Miles Morales and Gwen Stacy 2-pack comes with unmasked heads as well as power-based accessories and alternate appendages.

"Spider-Man: Into the Spider-Verse" 2019 Calendar

Keep your love of the Spider-Verse going all year long with this 16-month calendar! Each month offers up a new, dynamic image of Miles, Gwen, Peter, Noir and Spider-Ham all the way through 2019.

Want to show the world how much you love your favorite character from the film? Head over to Hot Topic and take your pick from their wide selection of T-shirts! This Miles Morales logo tee looks fantastic, but there are others featuring Gwen, SP//dr, other logos, and even Spider-Ham!

"Spider-Man: Into The Spider-Verse: The Art Of The Movie" Hardcover

Animated features like "Spider-Verse" take years to make and enough conception artwork to fill more than a few museums. With Ramin Zahed's "Spider-Man: Into The Spider-Verse: The Art Of The Movie" hardcover book, you can get a look at some of what went into bringing this adventure to life on the big screen!

"Spider-Man: Into the Spider-Verse" Soundtrack

Can't get all the great songs from the film out of your head? Lean into it and grab a copy of the film's original soundtrack, including tracks like "What's Up Danger," "Familia" and "Scared of the Dark." If you buy the soundtrack at Target you also have your choice of album covers featuring the film's main Spider-Verse characters.

Leap into the action of the game yourself with Hasbro's Prowler Attack 3-D Game, a Walmart exclusive. Play as Miles, Gwen, Peter or Noir to capture Prowler, who's represented in the set by an exclusive action figure! The first to capture the creeper wins! 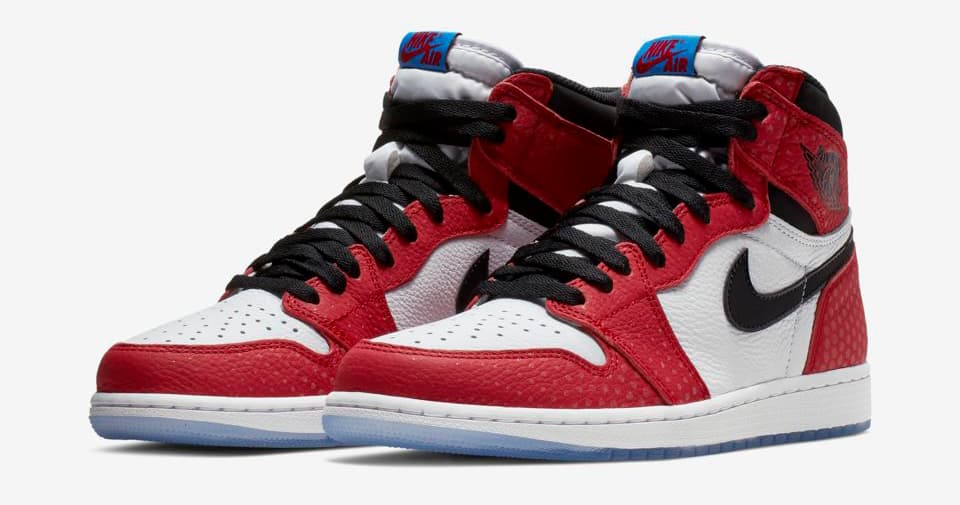 Swooping through the air might seem common place for the characters in Spider-Verse, but one very real man did the same thing on the court: Michael Jordan! Celebrate the coming together of these two icons of pop culture in the form of the Air Jordan 1 Retro High OG 'Origin Story,' which Miles actually wears in the movie!

"Spider-Man: Into the Spider-Verse" is now playing in theaters!

'Spider-Man: Into the Spider-Verse' Producers On That Post-Credit Scene

SPOILER ALERT! Phil Lord and Christopher Miller on the inspiration for the film's memorable concluding moments.