Who are the New Mutants? What do they do? Grab the fast facts here with this Marvel Unlimited guide!

Who Are The New Mutants?!

In 1982, readers were first introduced to Xavier’s global team of teens, all extraordinary mutants born with remarkable, latent power. As the New Mutants honed their burgeoning abilities, they also trained to be the next class of X-Men elite—a lot to handle on top of homework and adolescent woes! Living and working together at Xavier’s Institute, this core group was bonded for life. And, as much as 1983’s NEW MUTANTS was about big, bad threats like the Hellfire Club, a Technarch takeover, or an actual Demon Bear, it also focused on the personal dynamics of a found family made up of outcast kids.

THE “DEMON BEAR” ARC: X-Legends Claremont and Sienkiewicz teamed up on this three-issue arc that explored who, or what, was the psychic terror known as the Demon Bear. This storyline also covered Dani Moonstar’s painful past and showed off the full range of her at-times horrific power. Experimental and thrilling.

NEW MUTANTS (2009-2012): Ideal for new readers, this long-running favorite takes a new spin on the classic cast of characters. Reintroducing major threats like Legion and the Phalanx! 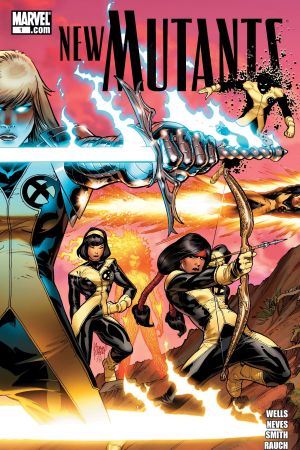 NEW MUTANTS (2019): Up to speed with the Dawn of X? Once you’ve read HOUSE OF X/POWERS OF X on Marvel Unlimited, dive in with the team’s latest run. The original New Mutants get together with a few new friends (Chamber, Mondo) for a mission that takes them deep into Shi’ar space! 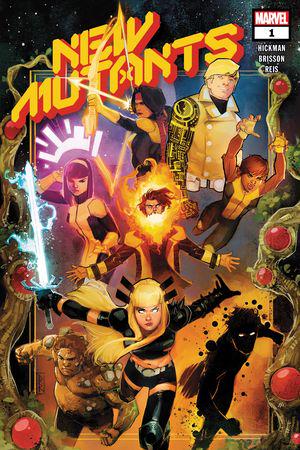 Now that you’ve got your reading, time to meet the team!

[RELATED: Who Is Danielle Moonstar?]

If you want even more backstory, check out our Meet the New Mutants deep dive!

Want to get to know the New Mutants off the page? Join Marvel Unlimited to read these comics—and over 27,000 more—right now! Join the conversation with #MarvelUnlimited, and stay tuned to our Twitter and Facebook channels for more weekly announcements and updates. And remember to check out our full New Mutants Reading List!

In this article: Marvel Unlimited, Danielle "Dani" Moonstar, Karma, Wolfsbane, Sunspot, Cannonball (Sam Guthrie), Magik (Illyana Rasputin), Colossus (Piotr Rasputin), X-Men, New Mutants, Cypher (Douglas Ramsey), Warlock (Technarchy), Magma (Amara Aquilla), Professor X
New Mutants
Wolfsbane. Cannonball. Sunspot. Moonstar. Magik. Karma. Magma. Teenagers thrown together by the one thing they had in common—the X-Factor in their genes that made them different, made them mutants. In a world that hates and fears them, it’s up to this next generation of X-Men to lead mutantkind into the future.
Explore