With Marvel celebrating its 80th anniversary this year – and to scratch my own history and research itches – every week I’m digging through a whole host of important dates and details for a special segment of This Week in Marvel called… (wait for it) … This Week in Marvel History! Important comics, storylines, character appearances and moments, real world releases and special Marvel milestones—it’s all part of TWIMH! Here are just a few Marvel History notes for the week of October 4-October 10!

1977: The mercenary known as Paladin first appeared in DAREDEVIL #150 by Jim Shooter and Carmine Infantino.

1983: Only a scant few issues into his run on THOR, Walter Simonson kicked it up a notch again, giving Beta Ray Bill the mighty uru hammer Storm Breaker in THOR #339. Brothers in arms and honor, Thor and Bill ended the issue riding off into space together in a chariot carried by Thor’s goats Toothgnasher and Toothgrinder. IT’S RAD. 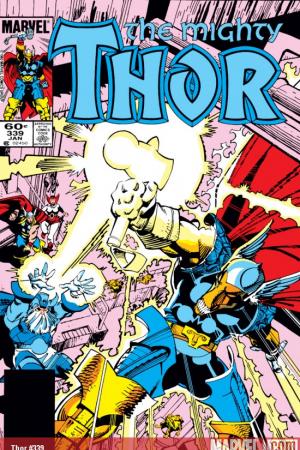 Hailed as one of the best Spider-Man stories, “The Kid Who Collects Spider-Man" by Roger Stern, Ron Frenz, Terry Austin, and crew in AMAZING SPIDER-MAN #248 was released. It’s about Spidey meeting his biggest fan, a young boy named Tim Harrison. Grab your tissues.

1976: Carol Danvers got her first solo series and adopted the moniker matching the book’s title with MS. MARVEL #1 by Gerry Conway and John Buscema. Using “Ms.” was a big shout-out to the women’s movement and included Danvers fighting for equal pay with J. Jonah Jameson as only she could – with zero negotiation with Ol’ Windbags himself.

2018: Venom opened in theaters. It’s set in San Francisco, along with a whole bunch of other cool Marvel stuff—check out last week’s episode for more Bay Area action!

1970: The original Spymaster (as there have been several) first appeared in IRON MAN #33. Spymaster just wants to spy... and steal all of Tony Stark’s secrets.

2010: In YOUNG ALLIES #5 by Sean McKeever and David Baldeon, Anya Corazon changed her hero name from Arana to Spider-Girl. Well... Spider-Woman calls her Spider-Girl and Anya just rolls with it.

1953: GIRLS’ LIFE debuted, which became the fourth title concurrently running at the time to feature Patsy Walker! Few characters have four titles at any given time (usually their name rhymes with Spider-Man or has an X in the title)!

1963: The Living Brain debuted in AMAZING SPIDER-MAN #8 by Stan Lee and Steve Ditko. Decades later, Living Brain would go on to be an integral part of Dan Slott’s SUPERIOR SPIDER-MAN storyline!

While looking for a new place to do some large experiments, Marvel’s First Family ran into the Mole Man in Subterrania! This is the first time we meet his “loyal subjects,” the Moloids, in FANTASTIC FOUR #22 by Lee and Kirby.

In Lee and Ditko’s Doctor Strange story featured in STRANGE TALES #116, Strange consulted the Book of the Vishanti for the first time in order to find a powerful spell to help him battle Nightmare and free an innocent man from a frighteningly deep sleep.

Iron Man took on the mutant Angel in an aerial battle in TALES OF SUSPENSE #49 by Stan Lee and Steve Ditko, the first time the X-Men crossed over into another title.

1964: The Scorpion stung his way into our hearts and the Marvel Universe in AMAZING SPIDER-MAN #20 by Lee and Ditko. 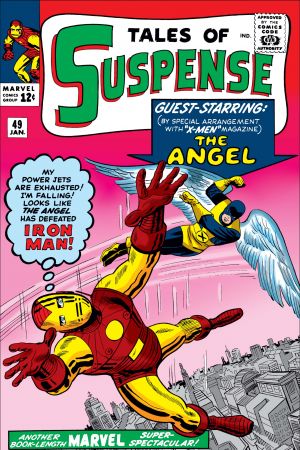 1985: This here’s a classic! UNCANNY X-MEN #201 by Chris Claremont and Rick Leonardi was packed with crucial bits: The first appearance of baby Nathan Christopher Summers AKA the child of Cyclops and Madeline Pryor AKA the baby who would grow up to be Cable, an X-Men softball game, and the battle for leadership of the X-Men between a depowered and mohawked Storm and Cyclops!

1951: PATSY AND HEDY #1 was released, which has art by the legendary Al Jaffe! Patsy and Hedy both had their own titles but were so popular that they got another book—together!

Stan and Jack introduced the alien race of the Ovoids in FANTASTIC FOUR #10. 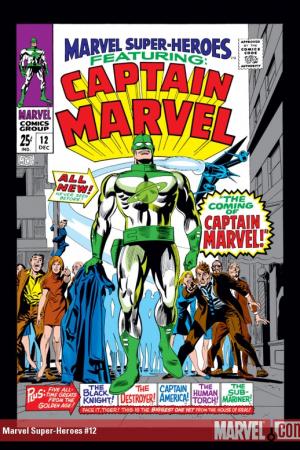 Over in AVENGERS #47 by Roy Thomas and John Buscema, Dane Whitman appeared for the first time. Recounting the demise of his uncle, the villainous Black Knight, Dane was making plans to take over the moniker... which he did in the next issue of AVENGERS. Whitman wasn’t the first Black Knight, but having served with the Avengers for years, he’s the most well-known. The Black Knight wields the Ebony Blade, a super cool sword forged from a meteor and enchanted by and with incredible magic.

1968: Yellowjacket made his first appearance (kinda) in AVENGERS #59 by Roy Thomas and John Buscema. Yellowjacket was actually Hank Pym using an alternate personality and Super Hero name, though he doesn’t act quite so super. It’s not revealed that Yellowjacket is actually Hank in this issue, and much to everyone’s surprise at the end of the story, the Wasp announced she was going to marry YJ. Dun dun dunnn.

1974: Gerry Conway and Ross Andru introduced Glory Grant, a new supporting character to Peter Parker’s life in AMAZING SPIDER-MAN #140. She went on to work at the Daily Bugle and as support for Mayor J. Jonah Jameson. In Ghost-Spider's universe, that version of Glory plays keyboard in Gwen’s band the Mary Janes.