With Marvel celebrating its 80th anniversary this year – and to scratch my own history and research itches – every week I’m digging through a whole host of important dates and details for a special segment of This Week in Marvel called… (wait for it) … This Week in Marvel History! Important comics, storylines, character appearances and moments, real world releases and special Marvel milestones—it’s all part of TWIMH! Here are just a few Marvel History notes for the week of September 13-September 19!

One quick note—last week we had MS. MARVEL #1 in the rundown, but I had my months mixed up—it actually debuted in October. No-Prize for that one goes to our very own Jamie Frevele and Alana Herrnson!

1994: GENERATION X #1 by Scott Lobdell and Chris Bachalo introduced Chamber, Emplate, and Penance into the book and really started establishing the world of this next generation of mutants, the Massachusetts Academy, Emma Frost and Banshee as teachers, and much more. Chamber is a fan favorite, partially because of the amazing character design. He’s a British Bad Boy who can shoot energy blasts—unfortunately he couldn’t control the blasts when his powers first emerged and ended up destroying most of his chest and lower part of his face. But he’s okay! He rocks a nice scarf and has cracklin’ energy. And he’s telepathic, so talking’s no big deal. Emplate and Penance, you may remember from a few weeks back when we talked about Monet. Emplate is the energy vampire sibling and Penance is Monet’s feral red diamond form. 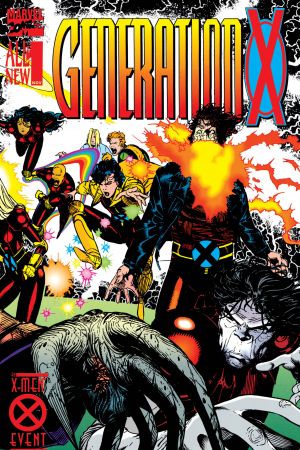 1969: In UNCANNY X-MEN #62, Roy Thomas and Neal Adams expanded on the Savage Land by introducing a bunch of Savage Land mutates—people in the Savage Land genetically altered by Magneto—including Brainchild, Amphibious, Barbarus, and more.

In DAREDEVIL #58, the startling Stunt-Master was introduced! He was a former stuntman hired to kill Daredevil. It didn’t go well for him, but he tried to be a good dude after the fact.

1980: Bill Mantlo and Sal Buscema introduced the U-Foes in the pages of INCREDIBLE HULK #254. They’re basically four people who tried to recreate situation that gave the Fantastic Four their powers so they can get powers as well. But when they were on course to get bombarded with more radiation than the FF—enough to kill them—Bruce Banner stepped in to bring their ship down and save their lives. They did end up getting powers—taking on the names Vapor, Vector, X-Ray, and Ironclad—but were peeved because they think they could’ve gotten more. So they fight the Hulk! And they’ve been fighting the Hulk for years since.

1940: The original Vision, Aarkus, debuted in MARVEL MYSTERY COMICS #13 created by Jack Kirby and Joe Simon. If you’re following the Marvel Contest of Champions: Summoner Showdown or playing that game right now, you’ll know this Vision was recently introduced into the game! Aarkus is an interdimensional hero, having come to Earth to help fight evil. He’s cool and weird and spooky and can travel through smoke. 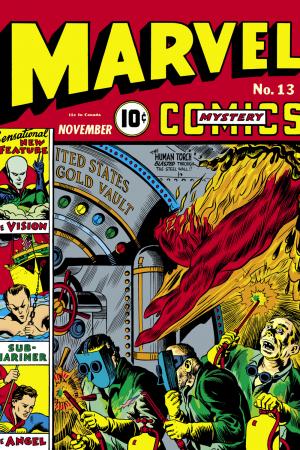 1968: Stan Lee and John Buscema introduced one of Marvel’s most iconic villains, Mephisto, in SILVER SURFER #3. A demonic entity of pure evil, Mephisto is temptation and ruin generally a no-good-very-bad-day for anyone who he comes across.

2014: Spider-Gwen AKA Spider-Woman AKA Ghost-Spider debuted on this date in the pages of EDGE OF SPIDER-VERSE #2 by Jason Latour and Robbi Rodriguez. Hailing from Earth-65, that world’s Gwen Stacy received the spider-bite instead of Peter Parker. Lots of twists and turns in her story, and she’s one of the most celebrated characters to appear in recent years.

1978: Luke Cage, Iron Fist, and Jeryn Hogarth form Heroes for Hire in POWER MAN & IRON FIST #54. It started out as Hogarth telling Luke that he needs to step things up a bit if he wants to make the Hero for Hire business lucrative. So the two of them file paperwork, get licenses and business cards, then invite Danny Rand to join the new Heroes for Hire. 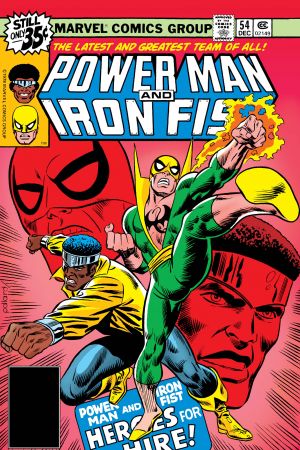 Bill Mantlo and Michael Golden launched MICRONAUTS #1, loosely based on the line of Micronauts action figures. The comics introduced many characters and concepts including Bug, who most recently appeared in the pages of SPIDER-MAN/DEADPOOL.

1990: AVENGERS #326 featured the first appearance of Rage, a 13-year-old boy who developed super strength, speed, and agility after being exposed to toxic waste. While only a kid, he endeavored to use his abilities to help people, and even joined the Avengers. He was eventually demoted after Cap learned he was just a teenager, but Rage went on to join the New Warriors.

We recently talked about Heather Hudson in the pages of ALPHA FLIGHT, and she recently appeared in the ALPHA FLIGHT: TRUE NORTH one-shot comic. In ALPHA FLIGHT #90, she adopted the identity of Guardian for the first time.

1972: The mighty Femizon from the future Thundra first appeared in FANTASTIC FOUR #129 by Roy Thomas and John Buscema. She worked with and against the FF at various points, but was ultimately a strong leader and warrior and force for good. She also used some Hulk DNA to help create her daughter Lyra. And she’s been a pro wrestler in the Marvel Universe!