With Marvel celebrating its 80th anniversary this year – and to scratch my own history and research itches – every week I’m digging through a whole host of important dates and details for a special segment of This Week in Marvel called… (wait for it) … This Week in Marvel History! Important comics, storylines, character appearances and moments, real world releases and special Marvel milestones—it’s all part of TWIMH! Here are just a few Marvel History notes for the week of May 17-May 23!

1977: Jocasta debuted, though she wasn’t officially named, in AVENGERS #162. We recently discussed this issue on our ‘70s TWIMURC with C.B. Cebulski. That George Perez art will rock your socks off! 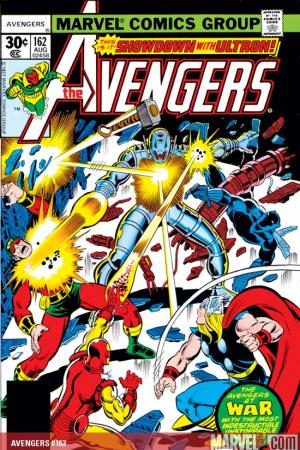 1983: ALPHA FLIGHT #1 by John Byrne launched, giving the world a true gift – Puck! One of Wolverine’s best friends, and a damn awesome character, Puck recently had great appearances in Captain Marvel comics. Also making their debut in this issue were Marrina, Beta Flight, and Gamma Flight.

1988: AKIRA #1 was released through Marvel’s Epic Comics imprint, a special creator-owned line that also allowed more mature content. It was colored by Steve Oliff, and there’s some discussion about how this was the first big ongoing comic that used digital coloring. It’s friggin’ Akira, so it’s incredible, but also I LOVE the coloring of this run, and I have all 38 issues of the series we released.

1980: INCREDIBLE HULK #250 by Bill Mantlo and Sal Buscema teased a whole bunch of rad, international characters, providing our first looks at Sabra, Collective Man, Arabian Knight, and the Soviet Super Soldiers. These characters would show up in other books in time, but this was a neat little stealth intro to a bunch of characters! 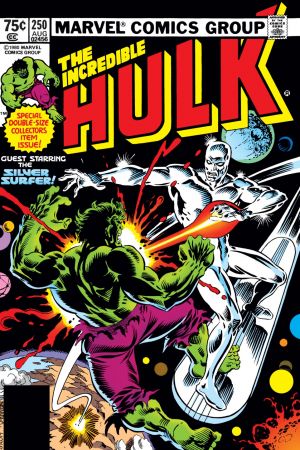 1979: – H.E.R.B.I.E. – Humanoid Experimental Robot B-Type Integrated Electronics – made his comic book debut in FANTASTIC FOUR #209. The li’l robot first appeared in the 1978 Fantastic Four cartoon, created and designed by Stan Lee and Jack Kirby for that medium, as a replacement member for the Human Torch. There’s a long-standing rumor about why Human Torch wasn’t in the show, but comics historian Mark Evanier has a rumor-squashing explanation that comes down to Torch’s available TV rights at the time, which I’ve verified with Tom Brevoort!

“In 1977, Marvel made a deal that licensed a number of their characters to Universal Studios to be developed as live-action TV-movies and potential series. The Incredible Hulk TV show (the one with Bill Bixby and Lou Ferrigno) came out of that deal, as did TV-movie/pilots of Dr. Strange and Captain America that never became regular series. The Human Torch was one of the characters that Universal wanted to develop, and a teleplay was written but never produced.

“This meant that the following year, when NBC wanted to buy a new, animated Fantastic Four series, the rights to the Torch were encumbered. Universal — which was not to be involved in the cartoon show — would not make a deal that would allow the Torch to be included. Therefore, he was replaced by a robot named H.E.R.B.I.E., conceived and named by Stan Lee and designed by Jack Kirby.”

1984: WEST COAST AVENGERS #1 by Roger Stern and Bob Hall was released, marking the super team’s first appearance. Hawkeye and Mockingbird put the team together, and the squad includes Wonder Man, Tigra, and Rhodey in the Iron Man armor. I’m a big fan of the cover with a bunch of characters’ heads teasing who might join the team. IMAGINE IF PUCK WAS AN OG WEST COAST AVENGER. 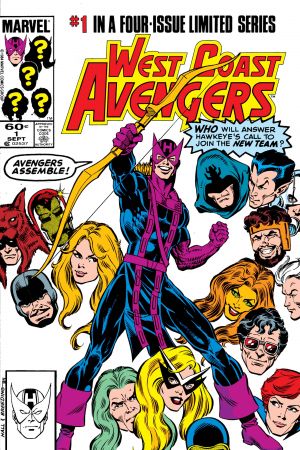 1988: “The Incredible Hulk Returns” TV movie airs on NBC. It features Thor! Luxurious, fur-adorned Thor! By Odin’s beard, you can even find it on Amazon!

2002: Parker Robbins aka the Hood, first appeared in the Marvel MAX title THE HOOD #1 by Brian K. Vaughan, Kyle Hotz, and Eric Powell. Parker gets the Hood and a pair of boots, both magical, from a demon. He’s a jerk who does jerk things and has cool gear that helps him be a more powerful jerk!

2001: The team who’d later be known—through numerous changes—as X-Statix debuted in X-FORCE #116 by Peter Milligan and Mike Allred. Though many of them die right off the bat. BUT—most importantly, Doop arrived in this issue, and all of comics is greater for it.